I was following the instruction to use Z-Wave PC Controller to update LZW31-SN switch firmware:

This article is intended for users that are using a separate "Z-Stick" (Z-Wave Controller) than what they have installed in their "hub". This is sometimes necessary if your hub doesn't directly support Z-Wave OTA. For example, SmartThings. There are...

When I tried to do “Get”, I got the “OTA Firmware Update initialization failed” error. I am not able to proceed to specify the firmware file. I try both no authenticated and S2_UNAUTHENTICATED. But it makes no difference. I tried the binary updater app from Hubitat. It failed as well. Any suggestion? 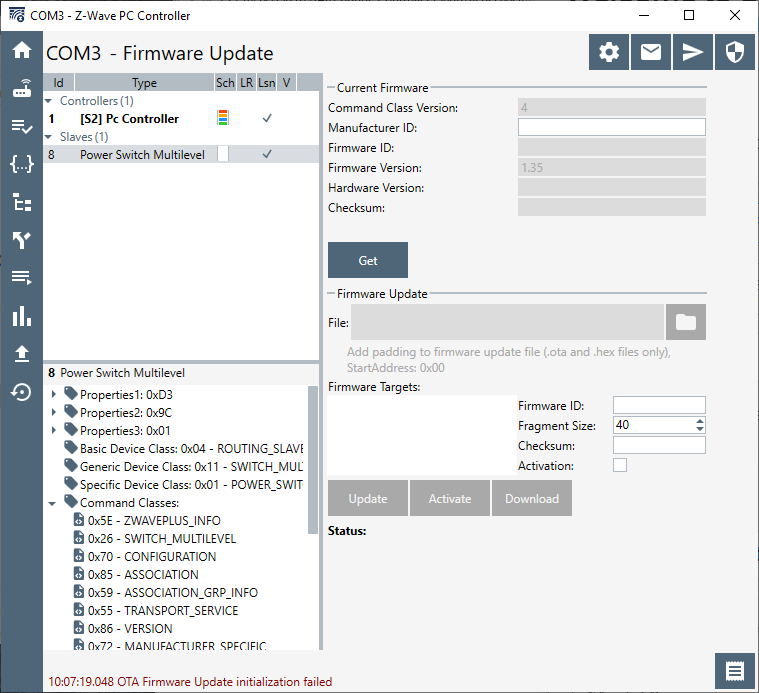 Did you join the usb stick to the Hubitat network or individually joining the switches to the z wave stick?

I would recommend joining the z wave stick to HE. It’ll allow you to upgrade all switches in the future.

I had the switch join back to HE network and tried updater again. The firmware was uploaded completely this time. But it stucks at flashing for more than an hour now. Can I assume the update is competed? 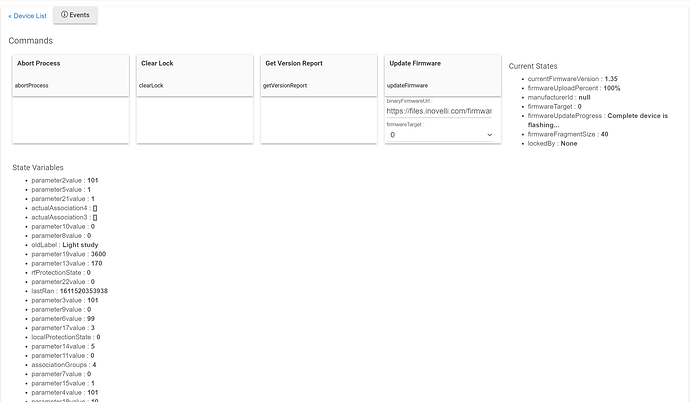 I went ahead to update target 1. It also stuck at flashing stage after upload was completed. But after I switched the driver back to LZW31-SN, everything seems to be working fine. It appears the updater doesn’t report back flashing complete (or the switch doesn’t report back?)

The only thing puzzles me now is in the built-in Device Firmware Updater app, it shows target 1 firmware version is 1.41, even though I provided the link to the 1.47 version during update (https://files.inovelli.com/firmware/LZW31-SN/Beta/LZW31-SN_1.47.bin). I repeated the update process again and result is the same. Not sure what happens.

Once it says Complete device is flashing that is the last you will see with that tool as the switch reboots when it’s done. Just wait a minute or two then change the driver back to what you were using originally and hit configure then wait a few seconds then refresh and it should update the firmware info on that screen (sometimes you have to hit configure then refresh again before it updates. Everything should work as normal at that point.

it shows target 1 firmware version is 1.41

Don’t worry about that. I believe the next “update” will make it match. Previously, Target 1 wasn’t reported via Hubitat or PC Controller.