Hey everyone, in an effort to figure out what’s happening in the thread of disconnection issues, I wanted to see if anyone who has this fan/light switch installed has not had any problems and if so, what their setup is. More specifically, if you can answer the following questions.

We’ve actually had a lot of people talk about how their switch is working properly and love it, but typically when something goes well, no one talks about it (totally understood as this is the norm).

Anyway, if you’ve installed your fan/light switch and you haven’t had any issues with it, would you mind answering the following questions?

Thanks in advance and have a great day!

I’ve been thinking about starting this thread myself. However, work has been keeping me busier than normal (I am grateful for this

). But today I am doing my taxes. SO ANY EXCUSE to pull me away from that is welcome!

So thank you Eric!!!

The ONLY “issue” that I have noticed (documented somewhere here) is that my power monitoring is reporting 1 watt with both the fan and light off. A much smaller (FW/Offset?) issue in my mind to be debugged later. In general, performance has been rock solid and I have been VERY HAPPY with this switch!

Fan Wired per this schematic:

One last note. I do have one more fan (Harbor Breeze) waiting for a switch that does not have pull chains (i.e needs a remote). When that arrives, I’ll install and update this thread.

Okay, my wife is on to me! Says she doesn’t hear me cussing… So back to my taxes.

I have a 90’s-tastic fan. I don’t know the specs on it. I literally only have it working stand-alone until the next patch release of OpenHAB (hopefully this next week).

Installation was a breeze (or hurricane?). I am fairly well versed in this type of thing. I literally reviewed NONE of the posted diagrams. I just followed the labeling on the switch module and canopy module. No other resources were needed to complete the install. I’m only /now/ reviewing the wiring diagrams after this has been installed for a few days.

Just wire in the switch module with a modification of existing wiring to give ‘full time’ L+N to the switch module instead of switching the Line. I have L+N already in the gang box for the switch. Yes; this was a change from the way it was before. I used the included white wire to get back to the big Neutral wire nut.

For the canopy module, It was pretty straight-forward. Just follow the labeling. It is literally just four wires: Line, Neutral, Fan, Light.

It would be nice to have wire labels on the actual wires as well as printed on the bottom of the module itself. I had to take a picture before I placed it inside the new 3D Printed case; then refer back to it.

Does your fan have pull-chains or is it remote operated?

What wiring schematic are you following?

How far from the canopy module is your switch?

Do you have any access points near the fan?

Would you consider your 2.4 GHz network large or overworked?

Have you changed any parameters at all?

Other things of note:
The Canopy module won’t fit under my existing canopy or inside the gang box in the ceiling. I had to design & 3D print a new canopy module HERE https://www.thingiverse.com/thing:4540573 to give it somewhere to sit. Note You can use an online service like Shapeways.com to print this and deliver to your house… It shouldn’t be too pricey. Let me know any changes you need and I can modify the original design.

Besides that, It would have been nice for OpenHAB integration before the official release of the product… I’ll have to wait a bit for full support. Those running OpenHAB are probably used to it now though… I have 10 other Inovelli switches in my system though all running great.

[quote=“Eric_Inovelli, post:1, topic:4138”]
would you mind answering the following questions? 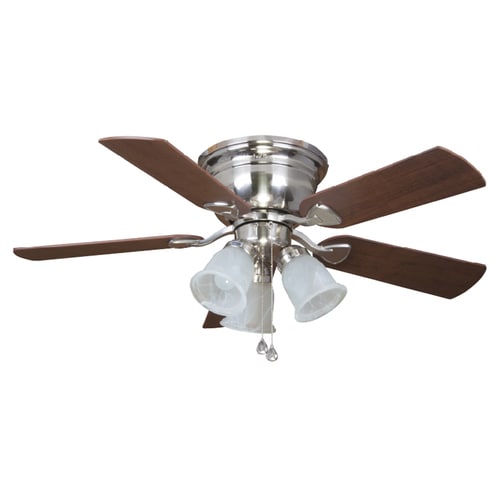 * Does your fan have pull-chains or is it remote operated? (If pull-chain, make sure to set it to high)

* What wiring schematic are you following? Schematics can be found here: LZW36 Wiring Schematics – NOTE: Please let us know if you have any alternate wiring

* How far from the canopy module is your switch?

* What is the estimated temperature in your house?

* Do you have any access points near the fan?

No, mine are 30+ feet away, google home mesh wifi.

* Would you consider your 2.4 GHz network large or overworked?

* Have you changed any parameters at all (specifically energy monitoring)?

Perfect implementation without a SINGLE disconnect issue (only feature requests that are in the works):

Note my fan model does not have a slot for the canopy module, so I mounted it to the side with some command strips: