Please only answer this if you have the following issue:

Manual control of your switch does nothing to turn on/off the fan and/or lights, however, it does still report the status to your hub.

If you do not have this specific issue, please start a separate thread as we do not want to confuse the data-points.

Here’s where we’ll collect any information important to the issue we’re seeing with the light switch losing communication with the fan canopy module as noted here:

LZW36 Issues - Can not Communicate to Canopy Module Hubitat

My switch has lost pairing with the fan module multiple times already. It is 9ft (just measured with a tape measure, no obstructions between switch and canopy). So I am going to pull then fan down (again) and bring the antenna out in the hope that helps.

First, terribly sorry for this issue – this was presented to the manufacturer early on in the beta process and they claimed to have fixed it and even said they had 20 modules running for two weeks straight with commands being sent to/from the switch to the module with no issues. So, we do not think it is an RF issue at this point. What we are interested in understanding is around the hardware used with the canopy.

Here are the questions we have:

If we come up with any other questions or you can think of any, please let us know. The manufacturer is also actively monitoring this thread and may jump in as well.

Module stops responding almost daily, doesn’t matter if fan or light is on or off, air gap does not fix the issue, only breaker reset counting to 10 between flipping off and on. Flipped breaker quickly once and the issue was not solved.

Pulling the airgap on the switch fixes the issue temporarily. It will respond to commands for a minute then lose communication. I also installed another switch in the bedroom across the hall and it has stayed connected the whole time. Same wiring schematic. Different fan though. Chandelier Fan 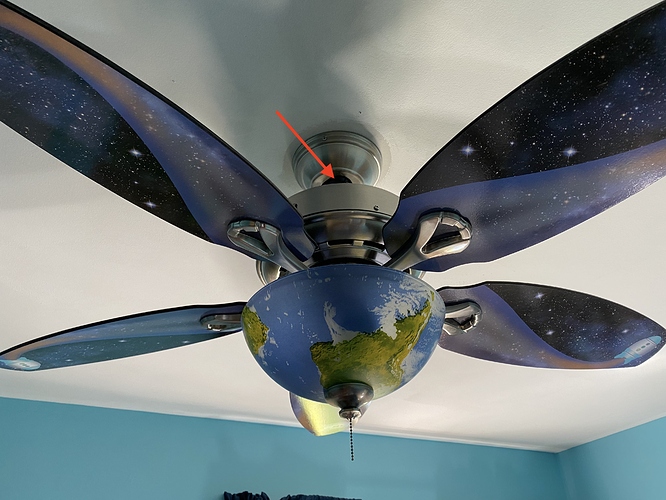 Room Temperature - 73-77 degrees throughout the day

Never got a connection from switch to canopy. Switch blinks bright green, but pulsing keeps happening at light/canopy.

I also have a Ubiquiti AP about 20 ft from the switch, similar to @Hoveeman - I tried disabling it but same result. No connection 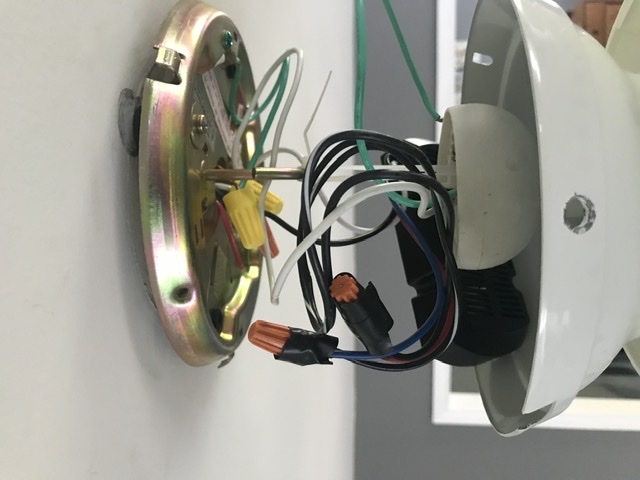 Switch is in a plastic duplex switch box shared with a GE add-on switch used in a 3-way light. Separate neutral circuit though.

Can restore connection by turning off breaker, not by using airgap. Switch always responds to commands from Hubitat, Alexa and Lutron Pico remote regardless of connection to canopy module.

I don’t have a picture of it sitting in the bracket but it’s in there like others with this type of fan mount and in the same place as the original remote module. The antenna hangs down into the canopy. 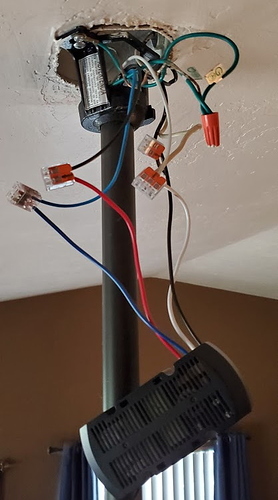 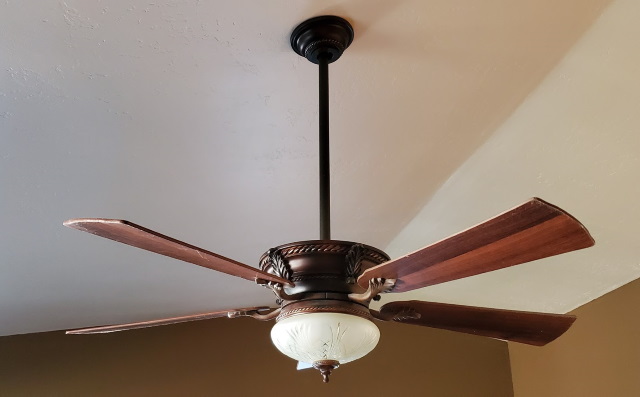 Update just notice the light also pulses randomly and while ramping up and down during turning light on or off and just while on. 1130 pm.

Installed First no disconnection with canopy observed until 3 days later after installation of 3rd location.

Installed 2nd no disconnection with canopy observed until 26 hours later after installation of 3rd location.

Hey all – what do you think the estimated temperature is inside your house? This was a question the manufacturer asked tonight.

One other thing. Is it possible to take pictures of how your module is installed along with showing the wires?

I will have to completely open my canopy up will take a bit to do when do you need this?

No worries… Whenever you get around to it!

Will do tomorrow should I install second also? I am Leary to install because its in my daughters room!

Yeah one thing we’re tossing around is that maybe they’re just defective canopies. Maybe if you could swap out the one that’s giving you issues with the new one?

Maybe if you could swap out the one that’s giving you issues with the new one?

I can swap out the canopy tomorrow since I bought 3 switches and haven’t installed the 3rd yet. Is there a pairing process between the switch and the canopy?

Press and hold D tap E 3x. This should get it to pair you have to do this right after power is turned on.

One other thing. Is it possible to take pictures of how your module is installed along with showing the wires?

I took pictures when I installed. Added it to my post. Note that my fan did not have a red wire.

Press and hold D tap E 3x. This should get it to pair you have to do this right after power is turned on.

I suppose I should have read the manual… lol

I was reading through the product road map post and saw the RF module is 2.4ghz. Should I have any concern with any interference from WiFi? The wall the switch is on, I have one of my access points installed on. It is about 3 feet from the switch. The APs 2.4ghz channel is on channel 6. 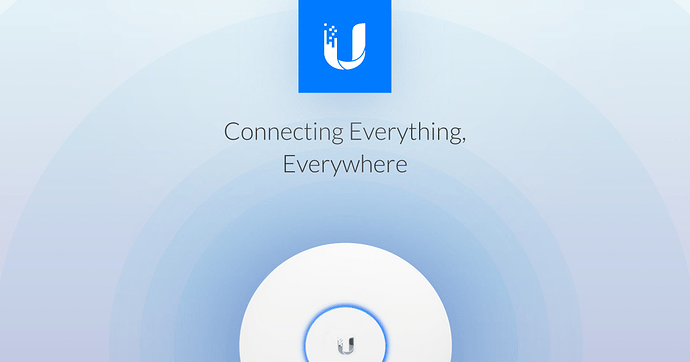 In case it helps, additional pictures. First is the opposite side (fan on hanger) showing the antenna poking out. Second shows a shot from alongside fan (before it was taken down to get wiring picture) to the switch, to show that it is an unobstructed (but very close to a wall corner) shot. 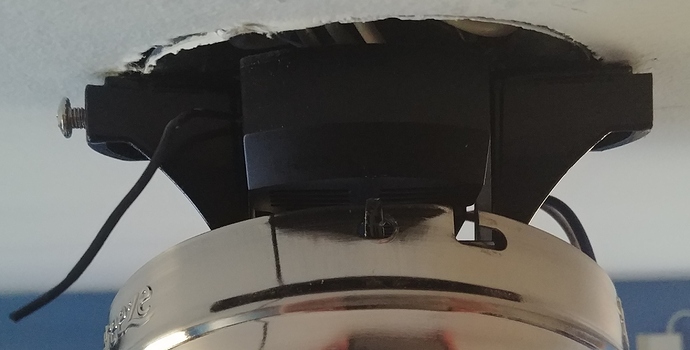 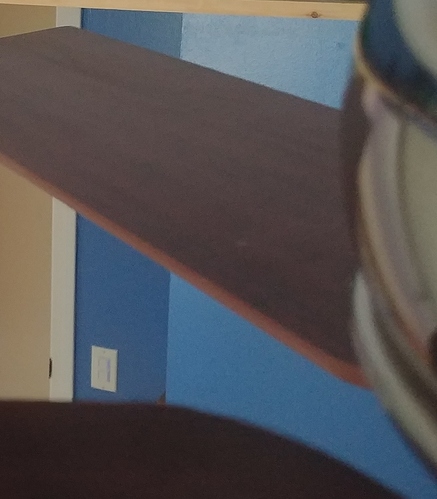