Just installed my LZW36 (love it!) and the only thing I’ve noticed as a negative so far is that the fan seems overall slower than it was previously.

There is no pull chain for speed so the instructions about setting the speed to high using the pull chain isn’t possible.

Basically, it seems like the highest speed now is equivalent to what medium was before. Any thoughts?

Oh, and this particular fan also supports reverse but again, only through the original remote … no switch on the fan itself. Any way to reverse the fan through the LZW36?

That fan has a built-in controller in the bottom “bell” housing. If you wired the LZW36 inside the canopy at the ceiling and didn’t gut/remove the original controller, the old remote is still in the circuit.

Since you will never get it to reverse without somehow wiring a mechanical switch to the fan housing, I think that your best bet is to call this fan incompatible and shop for one with pull chains or that uses the same size/wiring canopy module as the LZW36 (like many Hampton Bay fans). The Home Depot has the directions for everything they sell on the item’s page, and it is handy to figure out the wiring and remote type before making a purchase…

Interesting… The fan came with a canopy module that the remote talks to. That’s what I replaced with the canopy module for the LZW36.

I’m just going with what the instructions said on the HD web site. They showed the factory receiver below the fan, where the light kit would go. There’s also a note that says that the fan will not function unless the plug at the bottom is connected.

If it has more than one motor wire on the factory controller or does reverse through the remote, it is most likely not compatible with the LZW36 without following someone else’s thread here about an unsupported fan with multiple motor wires and windings…

The original canopy module has 3 wires that go to the fan: to motor neutral (white), to motor line (black), and light (blue). It also has an AC in line (red) and AC in neutral (white). It did have reverse on the remote, though.

Do you have a picture of the canopy module that you removed? 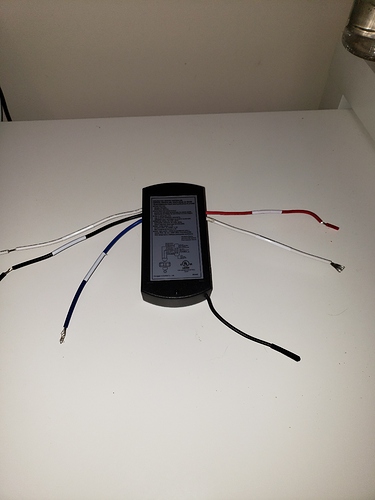 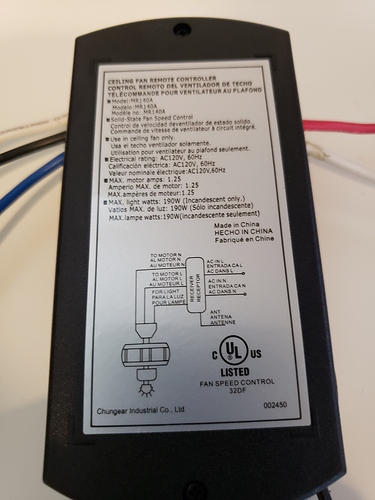 You mentioned that your old remote had a reverse button. Did that button work in the past? If so, does it still work now?

Im pretty sure the canopy module you included pictures for does not have the reverse functionality.

Was the original canopy module up in the ceiling connector, or was it on the bottom of the fan where a light would normally go? 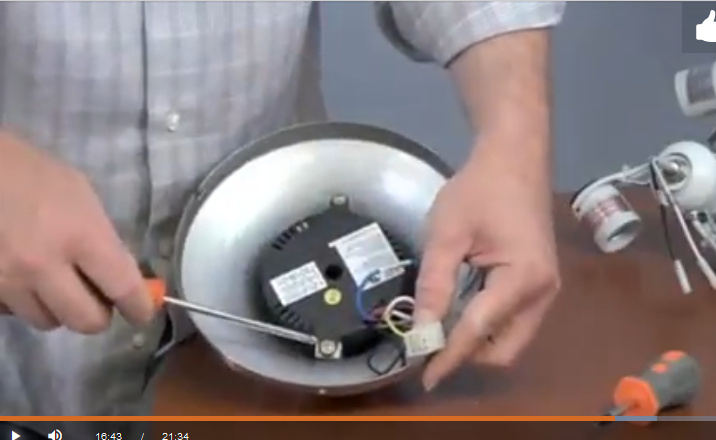 If it was up by the ceiling, did you try removing the bottom part of the fan thingy to see if there is also a controller there (maybe you have 2 for some reason?)

Technically, there could be differences in speed between the original module and the Inovelli for Low and Medium speed if the capacitors are different, but High speed should be the same.

Yes, it worked before. No, it doesn’t work now. The original canopy module was by the ceiling.

I feel like I am noticing the same thing with my Hunter Apex fan. I swapped out the canopy module for the LZW36 and the highest setting seems about 80% of the stock module and low seems unusably slow, medium seems alright. From what I can tell the wiring is direct to the fan motor and lights, even though there is an interconnect in the lighting module. For my fan there is a reverse switch in the lighting module and the would explain the interconnect. Also as I think about it the unit I put in the living room (I have a total of three LZW36s now) the max setting feels slightly less than compared to the Lutron Maestro IR controller that was installed previously. That fan has pull chains that are set for the max setting. Even if there is a limitation of 3 fan levels for the fan controller, it would be nice if we could define them values ourselves. It seems that 33/66/100 just doesn’t cut it for all fans. 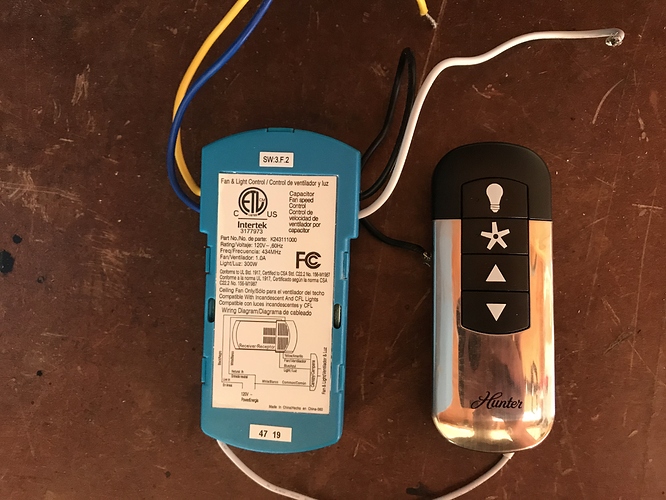 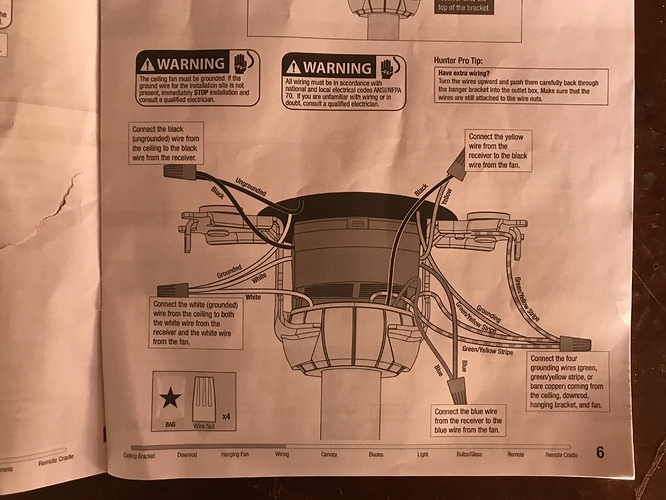 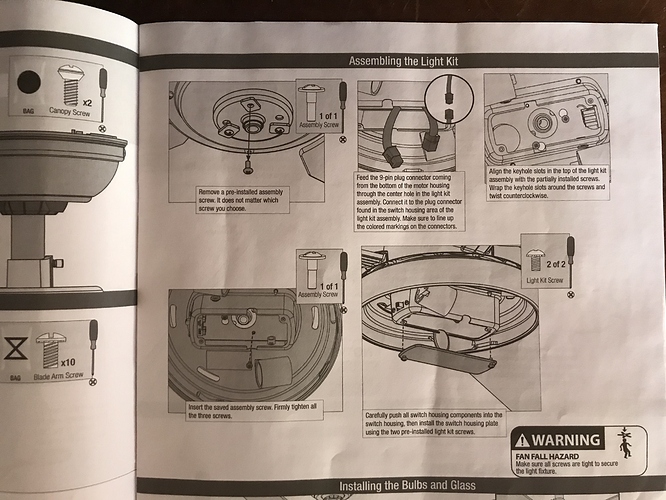 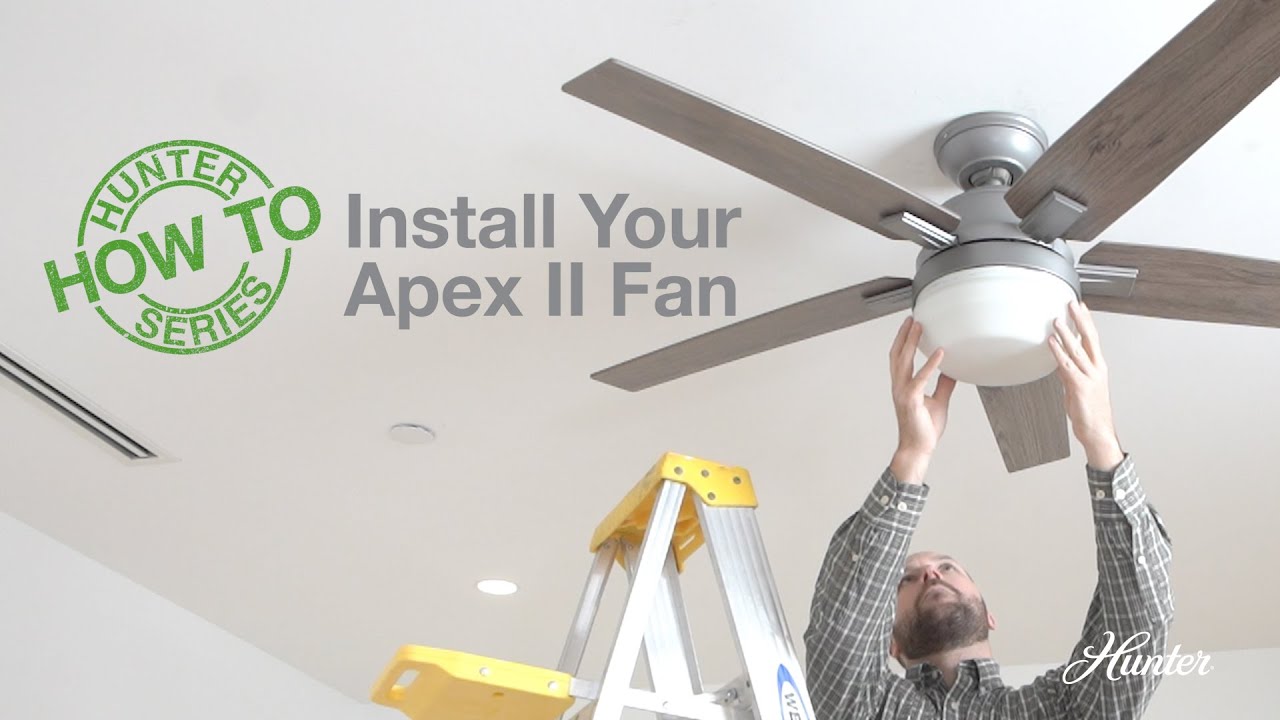 I’d be interested to see the output voltage of the canopy (at 100%) and the line. It should be identical I would think.

I had the same thought. Tommorow night when I am done with work the plan is to wire up the Hunter and Lutron canopy modules to the appliance cord I have, then measure with my multimeter.

The fan and the lights continued to behave weirdly last night and this morning, so I bit the bullet and replaced the fan (it didn’t match anyways). New fan/light (Harbor Breeze) seem to work better with the LZW36 canopy module than the Hunter Apex did. The wiring between the two seemed to be basically identical, even down to the 9pin connector for the lights.