I can’t tell from the documentation, but are there traveler screw on the fan switch?

I basically have this set-up, and plan on replacing the switch on the right with the Inovelli switch. 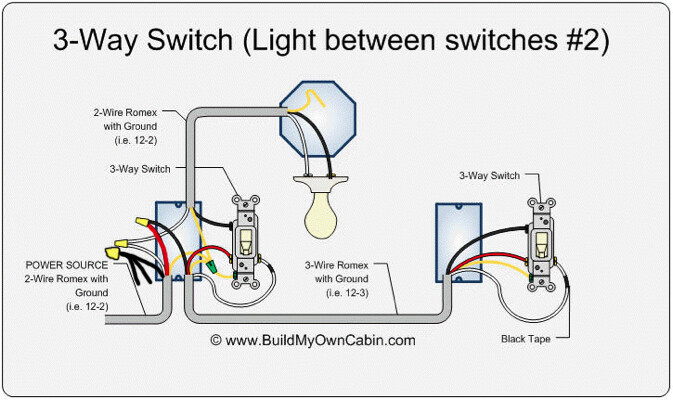 The LZW36 isn’t designed to work as a traditional 3-way, so no traveler terminal.

It depends if you want a 3-way for the fan, light or both. If it’s just the light, then you can add another Inovelli switch in a box that has a hot a neutral, and either use associations or scenes. I don’t know of any way to 3-way the fan.

As mentioned the switches and dimmers do not support multi-channel associations. We can definitely look at adding it in the future. If you are using something local like Hubitat then you can use scenes. That would give you pretty responsive results. If you have a second LZW36 (which does support multi-channel associations) you can associate the 2nd switch to the 1st switch to have real time on/off and dimming. The light up/down and fan up/down will send on/off (single press) and dimming (hold d…

Yes, I just wanted the 3 way for the light, since the other switch is also for the light. So basically the fan switch can’t control the light with another light-only switch, and can only operate as a remote for the fan?

The LZW36 will control both the light and the fan. If you want to use another Inovelli switch to control the light in a 3-way, you can. But you can’t do it via wiring using a traveler terminal. You do it either using direct association or a scene.

Thanks for that. My plan wouldn’t be to have 2 Inovelli switches, but rather the LZW36 for fan+light, and a regular dumb toggle switch for the light. So in my diagram previously, I would want to just replace the switch on the right (furthest from the light/lower) with the LZW36.

No, you can’t. I don’t think you understand how the LZW36 is wired. Take a look below. You can’t wire a 2nd dumb switch to the LZW36, which is why you need to use another smart switch and associations/scenes. 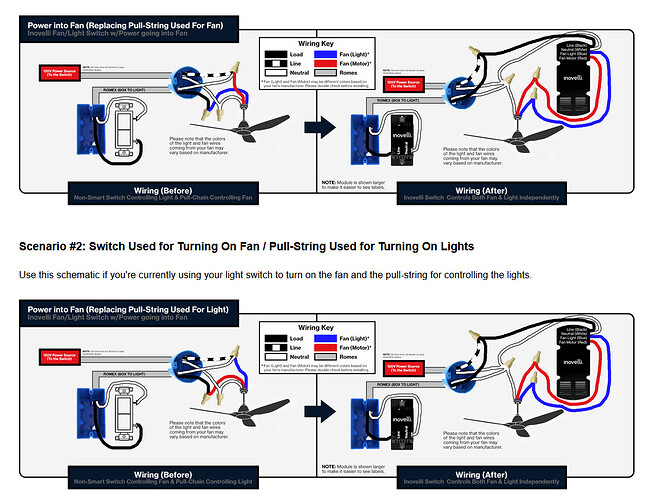 As @Bry mentioned, the wiring for the lzw36 is a little different from our other devices. To do a 3-way with it the only way to do it right now is to use a second lzw36 and direct z-wave associations.

You could also use an LZW31, but the association would control the fan and the light at the same time.