NZW31 air-gap keeps popping out and turning off the light

I have an NZW31 switch with firmware version 1.2. The air-gap button on the bottom of it keeps popping out randomly, which turns off the light and prevents it from being turned back on. The light will immediately turn on when I push it back in, and sometimes that’s enough to get it back in working order for some time (even days), but often it’ll pop out again as soon as I stop pushing it in, and can take several tries before it’ll stay in. Sometimes I eventually give up and decide to work in the dark, and just turn on every other light in adjacent rooms to at least get a little bit of light. I’ve tried searching for information on this, but can’t find anyone asking about the air-gap constantly being triggered.

I’m a bit of a novice with these devices, so I don’t even know what the air-gap is for, and don’t know how to interpret this behavior. It was installed by our handyman quite a while back, so I don’t know any details of how he went about it, but I do know that he went off the included instructions.

I don’t think any smart home automations are related, partly because I don’t even have any set up for this light anymore (I cleared them all and set things up again fresh, and didn’t bother with this light because it’s been glitchy), but just in case: I’m running Home Assistant 2021.12.2 (hm, I should probably update that).

I don’t even know what the air-gap is for

It is a switch that when pulled out cuts power to the load, so you can safely change a light bulb, for example. Absent a mechanical defect, they should not pop out on their own.

One thing you can try is to temporarily pull the switch a bit out of the box and see if it continues to pop. I have heard of switches not being properly seated where the switch body gets torqued out of shape, causing the issue. If the issue continues with the switch pulled away from the box, then it’s defective and you’ll have to replace it. If the air gap remains seated, then that suggests how it was seated could be causing the issue, so reinstall it and monitor.

Be aware that there is nothing mechanical or physical in the switch that can automatically force the air-gap to pop out on its own. Its NOT like a circuit breaker that can ‘trip’ itself off. It needs to be pulled out.

The only way for it to pop out is if something is installed out of whack and torqued like Bry mentions. Or there is some foreign object that got wedged in there. I would pop off the paddle (the paddle is replaceable with different colored ones) and the check the air-gap hole for foreign object or possible mis-routed antenna wire

OR you have mischievous kids that keep pulling it out.

And aside from making it safer to change a light bulb, its PRIMARY purpose to to prevent the ‘smarts’ in the switch from automatically turning on unexpectedly (via remote control) while you’re changing the bulb. Thats why its required on all Smart Switches

Hey @joren - sorry no one got back to you on our end! Did you ever write in to customer service?

This is actually a known issue with the gen 1 switches. The airgap was too short I believe so it did not stay put and would pop out.

We can send you a new paddle and that generally takes care of the problem.

I am having the exact same problem except with my LZW36 Fan and light switch. The switch has been working fine for 10+ months and all of a sudden the air gap switch popped out on its own. I can push it back in, and the switch works fine, but the air gap pops out again as soon as I take my finger off of it! I have 4 other LZW36s that do not have this issue. All were installed by a certified electrician.

Given that the switch has been fine for almost a year I doubt its not seated properly. I did try to take the face plate off and take a look before work this morning though I didn’t have time to pull the switch all the way out of the box. My question is: does the fan and light switch have a removable paddle? And how do I go about taking it off? I’d like to take a look underneath and have a try at fixing this since it obviously cannot be replaced since there are none in stock.

Yes you can remove the paddles on any of our switches! I have never heard of this on the fan/light switch but anything is possible!

Here is a link to the article and YouTube video that shows you how to do it. These are for the on/off and dimmer but the concept is the same. If you can get it off, I would try swapping it with another paddle to see if it’s solely an issue with the paddle or the actual switch. If you get another paddle on and it works fine we can just send you a replacement paddle in the mail. If it is the actual switch pushing the paddle out for some reason we can get you a replacement.

How To: Change the Paddles / Faceplates of Your Light Switch

Please watch the video below to see how to remove and replace your Inovelli switch paddles (faceplates are what goes around the paddle). This applies to the following SKU's: LZW30 - On/Off Switch (Black Series) - Gen 2 LZW30-SN - On/Off Switch (Red...

Feel free to shop the Inovelli web store for a reasonably-priced selection of awesome replacement paddles in assorted colors:

Mine took a minute to install a few weeks ago…

Took a good look at it tonight and it was the air gap switch itself. No idea how it happened since its been working without issue for so long, but one of the sides of the switch was loose and actually broke off after I had taken the face plate off of the switch. Here’s a picture: 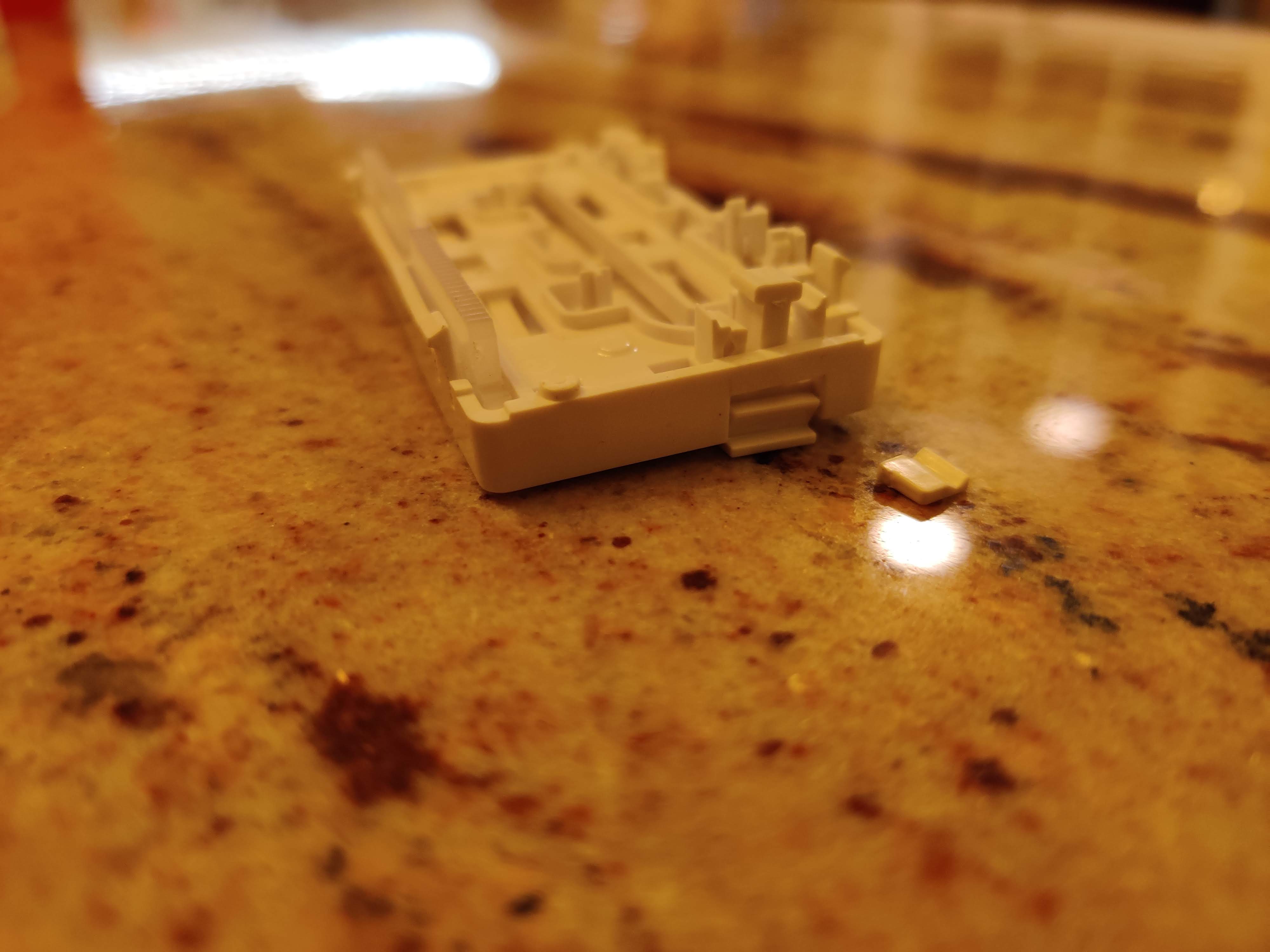 So, I took a plate from a switch in a less used room and moved it here, and it’s working flawlessly again.

It’d be great if I could get a replacement paddle! Do I need to open a ticket?

Yikes, yeah that’s not good. Shoot @Courtney_Inovelli a PM with your order # and address and we’ll send out a replacement

Just to round this out - the replacement paddle fixed the issue completely as expected.

Thanks so much again to everyone for their help!

I did not. I would love a replacement, where do I go to ask for this?

For a while I’ve just been putting up with it, and only controlling the light via my home automation hub or Siri, but now it won’t stay in at all, so we can’t turn the light on unless it’s constantly held in.

A quick fix (if you need it) is to put a small tack or super glue the air gap in so that it will be a temporary fix.

I will PM you about getting a replacement!

A push pin worked great for this, thanks!