While I’ve had problems off and on with my Inovelli Red dimmers (“RD”) not responding to physical commands at times, there is one RD that is particularly giving me problems. It is only connected to a line and neutral as it is on the outside of a room and meant to control the light of an Inovelli fan/light inside the room. The light button of the fan/light works just fine, so I’m sure that isn’t the issue. As you’ll see from the past logs screenshot, it is device 248 and is creating errors. But I don’t know how to read those to know what it is telling me or how to fix it. I’m using a Hubitat C7 hub and I’m on 2.2.6.137. My RD is firmware 1.48.

I’ve done multiple exclude/includes on it and it works for a bit and then conks out on me. When I’m in the live logs it doesn’t show up at all. After a few minutes it will appear in the past logs, which I’ll post below. When I went into the device earlier today I saw none of the params were set. I set 1-4 to 0, 3, 0, 0 and param 51 to Yes, disable the delay. When I saved the preferences it did show up in the logs.

This device is on the outside wall of the room where the fan/light is, which is the same room my hub/modem/router are in.

Any suggestions? I can exclude/include again, but as I said above, I’ve done that multiple times now. 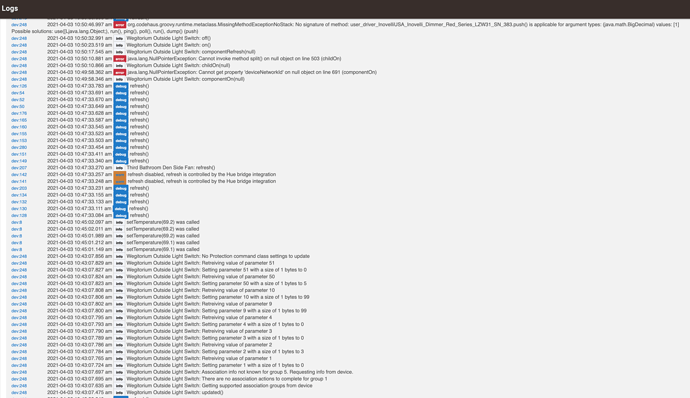 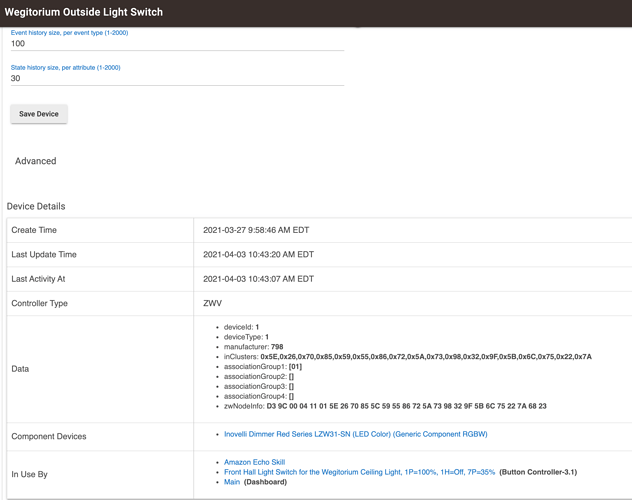 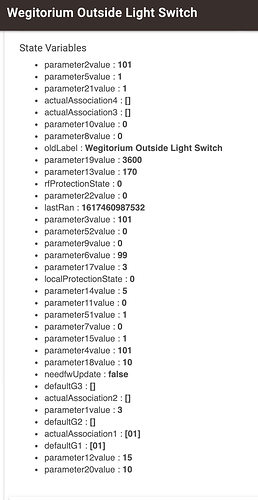 Current Status: The switch was “on” (I did a 1 push and the LED was all the way to the top and bright, but you’ll see it appears to be off) 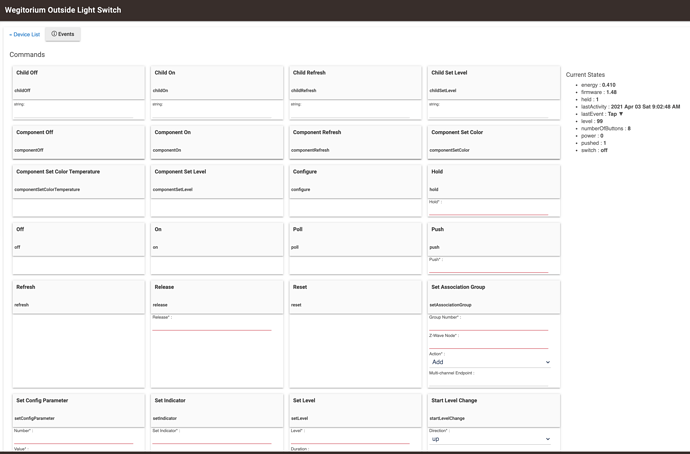 Here is the 1 rule for it to turn on the light to the fan/light:

Device Details for the Fan/Light (It is on Firmware 1.36): 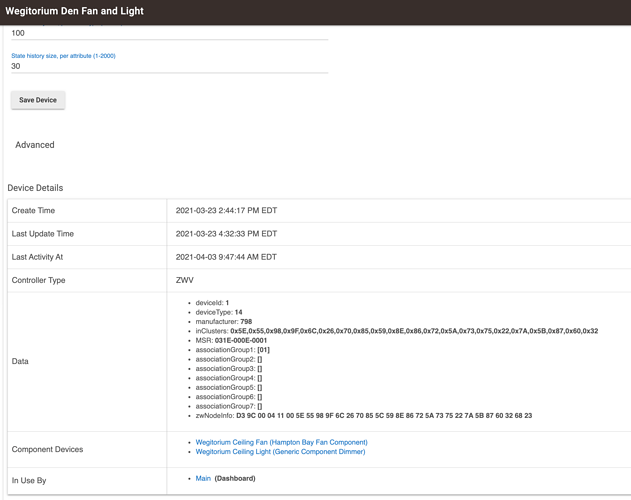 I am keeping my fingers crossed that the issue, at least with this switch, may have been resolved. I had the electricians out to finish installing my switches and they showed me their guy who came out last time not only had this wired to a line and neutral, but was also attached the load to the fan/light.

Perhaps this had/has nothing to do with it, but I’m thinking that having 2 switches wired to the same load may well have been confusing it. With this switch just wired with a line and neutral it seems to be working (for now