Red Series Dimmer with no neutral at add-on location

Hi All! Because i’m dumb and I don’t understand stuff I have yet another question about wiring a 3-way switch.

Currently I have a 3-way switch setup which has a Neutral/Line/Load and a traveler coming from the “Remote location”. There is a line/load at the add-on location, as well as travel. However, there is no neutral.
There is currently, a GE Zwave dimmer at the “remote” location, I used the traveller and wired it into the neutral. So the “main box” is just taking the line, wire nutting it to the load, runs through the lights, then goes to the “remote” location. There I’ve got the switch getting the line/load as normal to complete the circuit and the traveller which is now the neutral.

I’m replacing this with a Red-Series dimmer cause I like the options. I’d like to be able to dim from both locations. The wiring schematic on the diagrams page is assuming there’s no neutral anywhere. However, I have a neutral available at one side.

So… is there a hybrid model i’m missing?

Or in this use-case am I better off just going with a Lutron Caseta and a pico remote?

Let’s get a little better understanding of your wiring schema. It’s best do just describe wires and not use terms like line and load initially, as those terms get used loosely and it can get confusing. So to start, if you have Romex, we’ll talk about a 2-wire, 3-wire etc (the bare ground isn’t included in the number count).

3-way circuits actually have two travelers between the switches. Also, you may only have a neutral in one box, but the fact that there is not a neutral in the other isn’t of concern.

From what you described, I THINK you have power being fed into one box. It then goes through the lights, and then into the far box. Is that correct? Like this? 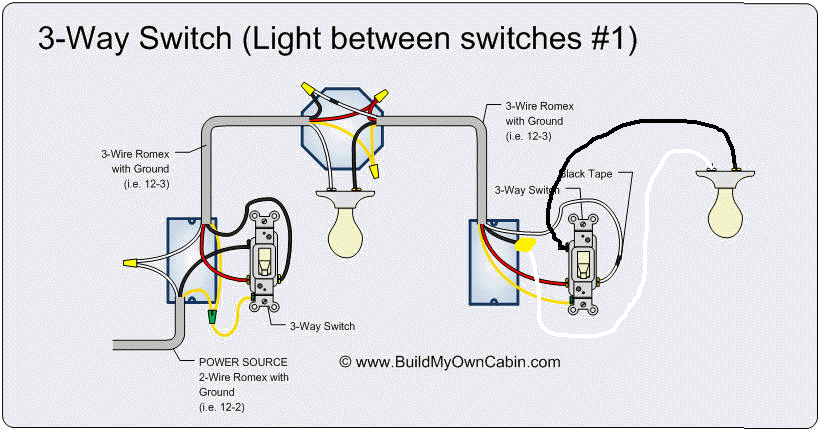 That’s pretty close. I got my switches in today, so I’ll pop it off and double check. From memory, I would have done a normal jasco at the power source and an add on at the far side, but the far side doesn’t have a neutral.

From memory, I would have done a normal jasco at the power source and an add on at the far side

Pretty much the same w/Inovelli, except you can use a dumb switch at the other end, or an Aux.

Sorry, I should have been clear

The reason I didn’t do that with me ge was the far side did not have a neutral available.

Here’s what I got going on:

This is the add on side, where I repurposes the traveler as a neutral, and just capped off the other side. (like 3 or 4 years ago now) 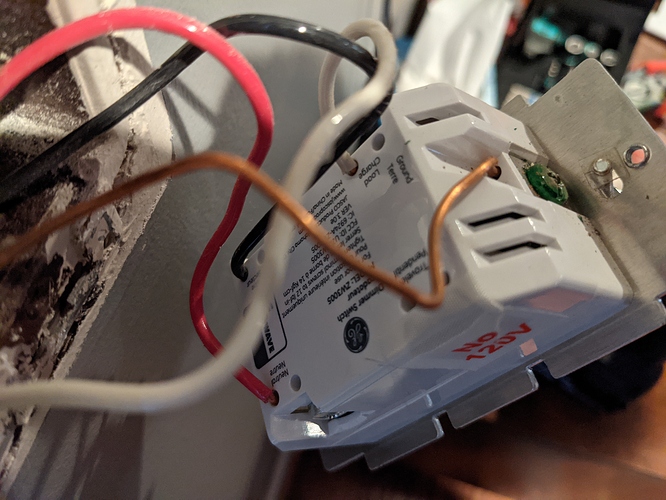 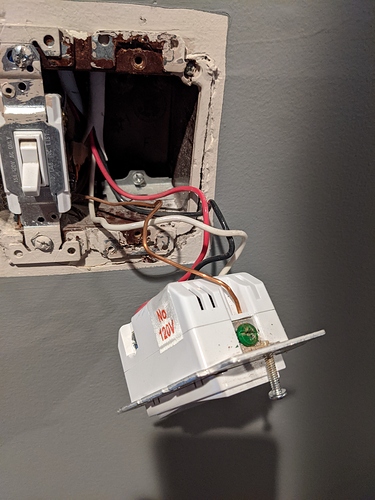 This is the “main side”, which I basically just took the switch out, connected the line and load together to make a circuit. 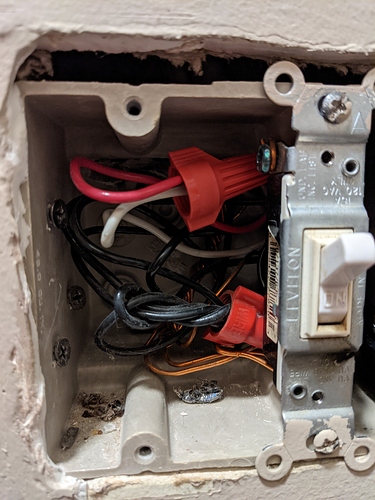 So, basically ive only got a neutral in one of my boxes. So, I’m guessing I need to treat this as a no neutral setup completely.

It seems like this is how it should be setup with on/off dumb switches. 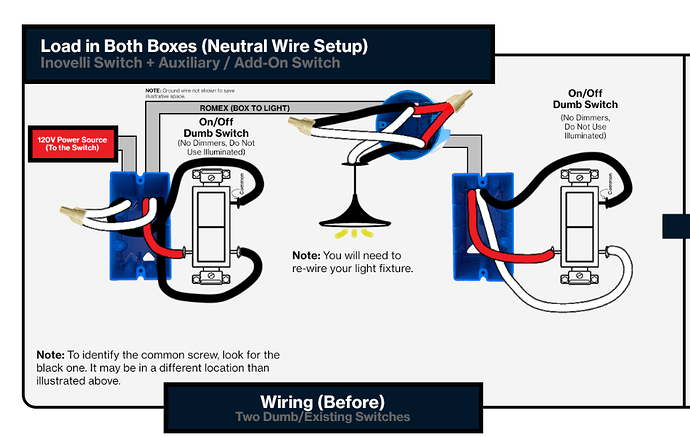 So, I’m guessing I need to treat this as a no neutral setup completely.

When you have a hot or neutral at the primary switch location, that is a NEUTRAL installation for an Inovelli. What you have in the far box neutral-wise doesn’t matter.

The drawing you posted is the same one I posted, so yes, I believe that is the correct one based on your description.

Yeah, I read that but I’m dense.

I think what I was missing was that part where you rewire the box itself.

Just climbed up to see what was going on. (Drop ceiling)

I think my problem is that it’s a combination of new work and old work. So I can’t tell 100% what’s going where, and why. There’s a series of 4 lights connected as well as some other stuff. (this room was a garage, and was concerned to a living space and a loft).

Probably gonna go ahead and get an electrician on this one, though really I do see a way to resolve it by just running a neutral to the box. Easier than rewiring the rats nets of the lights