Is it possible to wire the LZW31-SN Gen2 dimmer where the dumb switch box has the line and switches it with a 3-way switch? All wiring diagrams I found always have the line at the LZW31-SN. I have the following setup pictured below When I wire the travelers to LZW31-SN reboots(RED/GREEN/BLUE on LED) when the dumb switch is switched in one direction. I have the switch programmed (With Neutral) and as (Three-way toggle). In the picture below I would like the LZW31-SN to replace the switch that in the electrical box surround by green box. 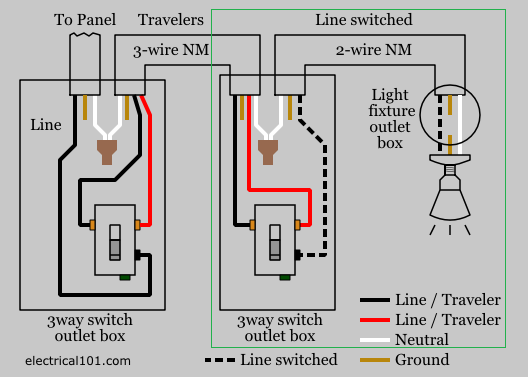 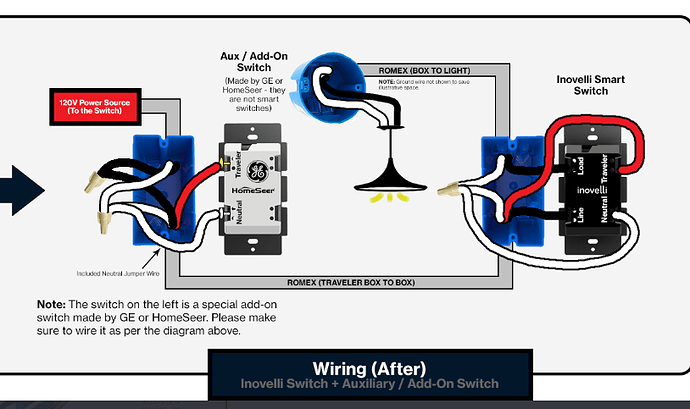 That is what I was afraid of. Not sure why AUX switches are so expensive when I can buy a smart WIFI switch for cheaper ~$13. All a AUX switch is a momentary spring to return passive switch.

Why can not the RED travel be used with a SPST toggle dumb switch and just keep track of the switched state. Meaning detecting the rising/lower edge states of neutral and then toggle the on/off state.