Here is an interesting issue. I have a red series switch that suddenly stopped responding and is stuck in the ON position.

Any ideas? It seems to me that I have just entered RMA territory… 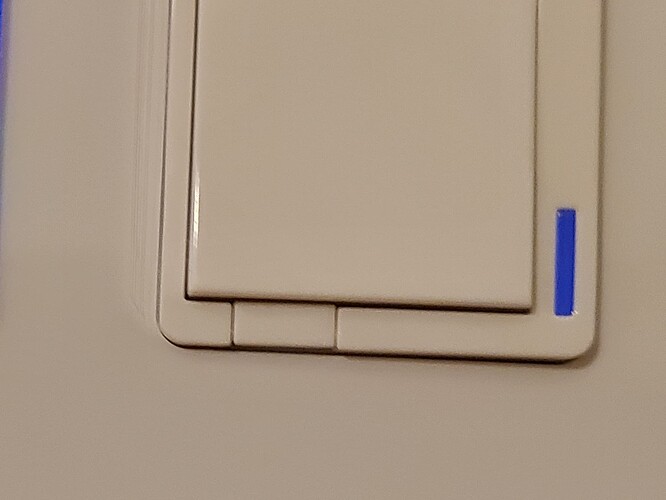 Instead of pulling the air gap, it was easier to just hit the circuit breaker instead. That made no difference to the switch.

interesting part is, about 20 minutes later (as I was pondering having to remove the bulb to get the light to go out for the night), the switch went off on its own. Its been working fine ever since.

A couple things to try, but they’re just shots in the dark. . .

Pull the switch and check the connections to make sure a conductor hasn’t popped loose. If this is a 2-way I can’t imagine that would be the issue here, but if it’s a 3-way, maybe. Is it a 3-way? If so, Aux or dumb switch?

Factory reset the switch just to see if that does anything.

You’ve already cycled the power, so the air gap won’t get you anything further.

nope not a 3 way, just a simple switch with neutral like all others. Has been working in that box for the last 6 months. very strange. I will check the connections either way, and monitor it over the next while.

Yeah that’s weird lol. What load are you controlling with it?

5 regular led bulbs in a light fixture. Nothing special.