Okay, let me first start off with saying that I have been reading through these threads for the last two days and can’t really seem to get to a conclusion about how the “Smart Bulb” setting is suppose to work with the Red Series dimmers and Hubitat and also along with a Google Assistant(mini).

I currently have a total of six Red Series dimmer switches installed. Four of them have “non-smart” bulbs connected to them and they work great. The other two(one in each of my kids rooms) have wifi enabled colored smart bulbs that I want to control at the switch(on/off) and also through the Google Assistant.

What are the next steps I need to get what I want to have done accomplished?

Or, am I completely not understanding what this “smart bulb” feature is?

I was under the impression that I would have a functioning On/Off switch and still be able to control the bulbs for changing colors or dimming through the voice assistant.

You need to create a scene to control the bulbs. Do they integrate into Hubitat somehow? I’m a ST user thus far. 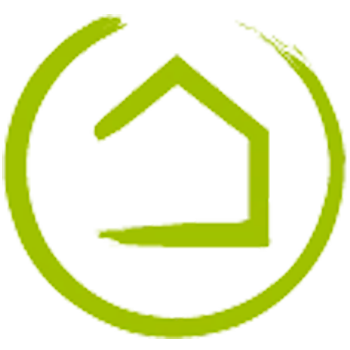 Or, am I completely not understanding what this “smart bulb” feature is?

TLDR: WiFi bulbs with Hubitat - Smart Bulb Mode and Disable Local Control Turned On - Purposes explained - How do you use the switch to control via Hubitat?

There are two settings that are related yet distinct pertaining to smart bulbs, Smart Bulb Mode and Disable Local Control. Bear in mind that smart bulbs should never be directly dimmed the way you would dim an incandescent bulb. So to keep this from happening, you should turn on Smart Bulb Mode. ALL this does is makes sure that the dimmer always puts out 100%. (Smart Bulb Mode has a second purpose for people forced to use a dimmer but want it to act like a switch, but that doesn’t pertain to you.)

So now that you have enabled Smart Bulb Mode and are insuring that the dimmer is always putting out full power, the next thing you want to insure is that you can’t press the paddle on the dimmer and have it physically cut power to the bulb. This is important because the bulb should be powered full time so it can talk to and be controlled by the hub 100% of the time. Additionally, some bulbs are repeaters (not yours as they are wifi), another reason you don’t want to cut power to them.

So that is the background to provide an understanding of the differences between the two settings. In your case, you need to implement both. Now that you’ve turned those two settings on, you have a constantly powered bulb that at this point, you can’t control via the switch, at least directly.

So your question is not that I can’t physically control the bulb via the dimmer just yet, only via the hub and by voice control, how do I implement getting it to control the bulbs? There are a couple ways this is done. One of them, Direct Association, isn’t available to you because your bulbs are wifi, not Zwave.

The second way is probably through a scene, but I say probably because I’m not a Hubitat user. Tagging @harjms and other Hubitat users to pick up where I left off.

I have also, tried setting up scene control through RM, but it still gives the same result:

This is because the bulbs are not linked with hubitat and you are still telling the switch (not the bulbs themselves) to turn off, effectively killing all power to the bulbs.

There may be some more complicated/sophisticated ways to get this to work with other services but if you dont want to throw anything else into the mix then, well, you need different bulbs that will pair directly to hubitat or through a hub that hubitat supports.

you need different bulbs that will pair directly to hubitat or through a hub that hubitat supports.

I think this is going to be the action I will have to take.

I was able to get this going running a node.js server to send TTS messages to my Google Assistant devices via Google Assistant Relay. Then in RM, I set up button Pushed/Held actions to send the messages for On/Off events. Not the ideal work around, but it does seem to function well so far.