ok, i’ve read through the instructions that came with the dimmer, but can’t find this info anywhere.

I have a dimmer set up in the room where i watch movies and TV. I have an LED strip light that I bought (while waiting for project cribs of course) and would like to be able to trigger a scene using the dimmer.

In looking at the device page on my hubitat hub, i don’t see any way to configure the “config” button or multiple presses of the rocker.

Any way to do this without using something like rule machine to trigger a virtual switch whenever i turn the lights on?

You will have to setup rule machine to configure the button pressed or held in order to trigger the lights.

To add to the above: you need to use an app (Rule Machine is one option) to automate your device. Your device is, I assume set up fine — you don’t need to look much at the device page anymore. Apps are what create automations using events from devices (or anything, really).

i’ve used rule machine quite a bit in my modest set up…didn’t think to use the button controller function in rule machine for that. i have a few button remotes, so i’m familiar with how it works. Just have to figure out which “button” is that config button.

thanks for the help.

Must be a driver issue as hubitat doesnt “see” any buttons other than the rocker panel.

went to the devices tab for one of my red series switches and see a bunch of “buttons” that can be used in the button device rule but none of them are available on the dimmers.

What driver are you using? Hubitat’s latest firmware update, 2.1.8, added dedicated devices for I think all Inovelli switches/dimmers except the Red Dimmer, LZW31-SN. The built-in drivers don’t support anything beyond double-taps, though, so you’ll need Inovelli’s drivers for that (all 5 taps) for any device, and you’d definitely need something for the Red Series Dimmer regardless (Hubitat’s generic Z-Wave driver might work for some things, but definitely not all taps).

ok…hadn’t realized that the driver for the dimmer had been updated. just went and updated the driver and now i have tons of options

ok…got it all working now!

thanks for all the info…love when the community comes together and helps out a fellow member.

Using stephack’s ABC button controller you can achieve the same thing with Hubitat. 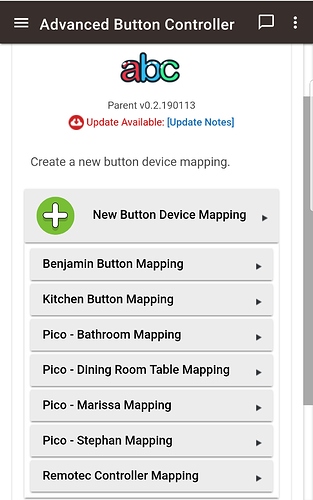 For changelog, please scroll to the the bottom of this post. This is a port of my smartThings app. If you have used the ST version then this should be very familiar. Of course all the devices options listed have not been tested since they are not... 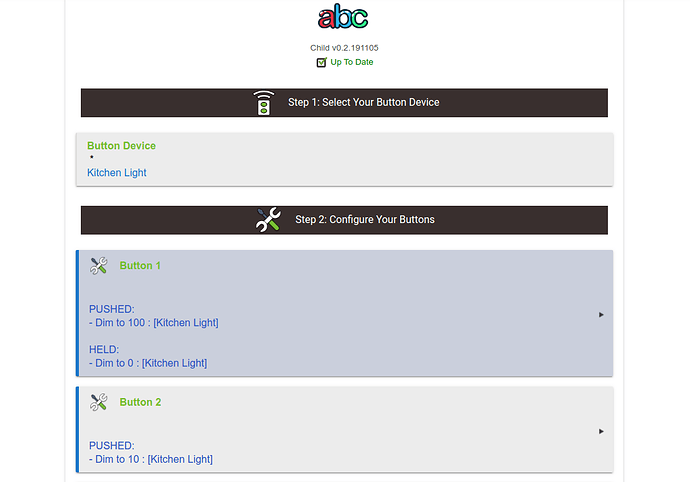