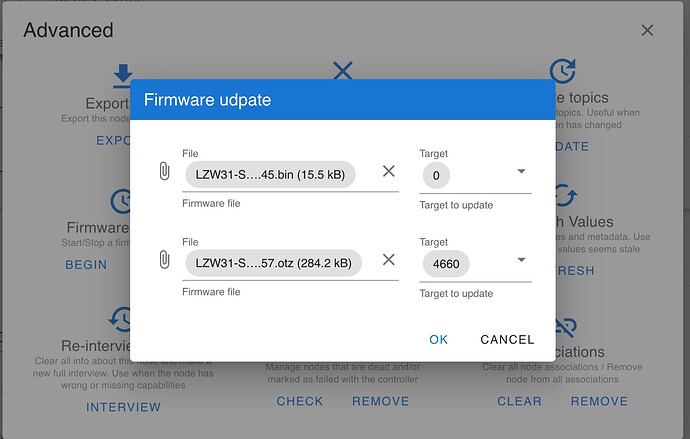 Asking because this doc: https://support.inovelli.com/portal/en/kb/articles/firmware-change-log-lzw31-sn-dimmer-switch-red-series has scary red warnings and suggests it should be Target 1 – no idea what 4660 is. There’s only Target 0 and 4660 available.

Thanks for pointing that out - I missed it. 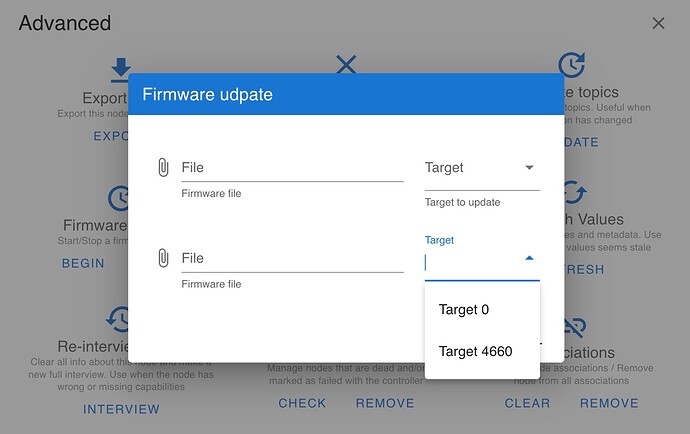 I haven’t tried the multi firmware update. Do target 0 with otz ans then target 1 with bin.

Does the upper drop down have a target 1? 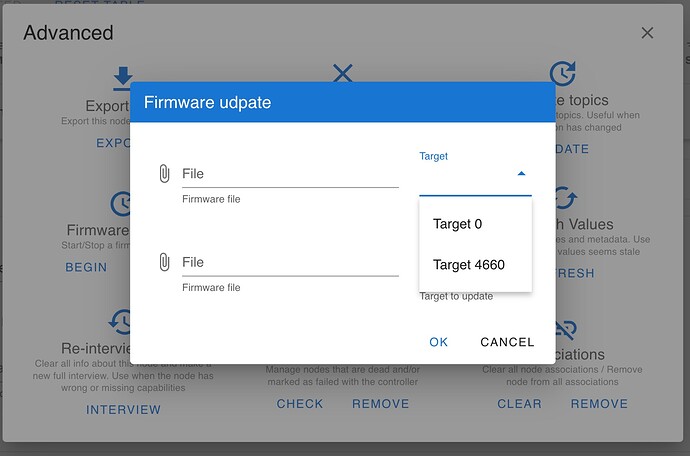 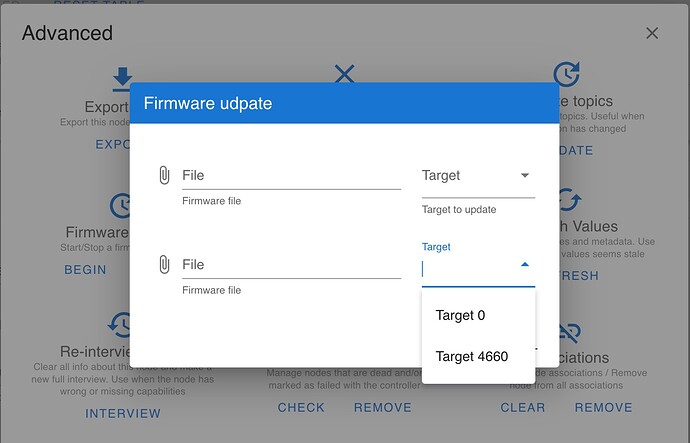 What is your addon version? Mine looks different.

fwiw, just updated to 8.2.2 because it has a much more better firmware update process

Didn’t change the UI at all.

Maybe manually type 1 in there and do it one target at a time or try both with a 0 and a 1? I can type 1 and it stays but I didn’t try an update.

I see the same thing. I’m hesitant to manually type 1 myself and try, but it does seem possible. It’s also odd as this info is supposed to come from the switch itself.

I was in the same situation a few minutes ago. I just typed in ‘1’ and the update worked as expected.

which switch do you have? i tried with my black series dimmer (no neutral) and it failed

my switch believes its been attempting to update for a few days now…i tried abort, resetting HA & Z-wave js…any other options to get it out of this funk before excluding it and resetting to factory default?

What is it doing exactly?

ended up excluding, factory reset, include and now it upgrades successfully when manually typing in the targets

Glad to see you were able to get things working. I’ve had switches stuck in update mode before. Usually flipping the breaker / cutting power would clear things up.