What's the button number for the config button?

Trying to sort out the scene app in Hubitat with a Red Series Dimmer and an Inovelli RGB bulb. They are all working and associated, so I wanted to try scenes to set colors for different scenes. But when it asks for a button number I haven’t found a reference with them and so for 3 or 7 that I’ve found and tried don’t work.

If you’re using Inovelli’s provided LZW31-SN driver, the config button should send a “button 7 pushed” event when pressed (the only action this button supports from a Z-Wave Scenes perspective). This is a good post on the Hubitat that summarizes the button events: 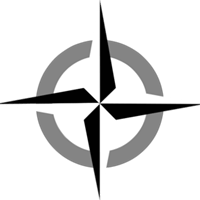 You may also find it easier to just view “Logs” or the device page (the “Current States” should dynamically update) as you press and hold things and see what it says is happening.

How? Regardless of how it’s numbered or what kind of button event/data you assign to it, the config button only sends a Z-Wave Central Scene command on push as far as I’ve been able to tell (and as far as I’ve seen them document). I don’t see anything on release, and double taps are on-switch only for clearing notifications.