Trying to replace the dumb switch (left) with a red series dimmer. The switch controls 6 pot lights and also appears to control an electrical outlet. Can I use this switch and how?

There is a neutral bundle in the box. The red and white wires both seem to be hot and the black is load. 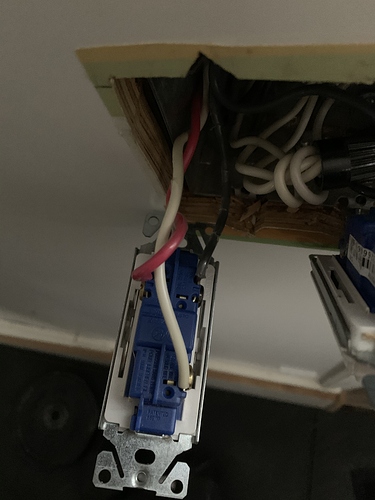 This is a 3-way switch. Are you sure BLK is LOAD or LINE? You need to find the other switch to confirm.

@marc.tucker You should not use a dimmer on a switched outlet. Dimmers are not rated for high loads and should only be used with lights.

Thank you for answering. Here is the other switch: 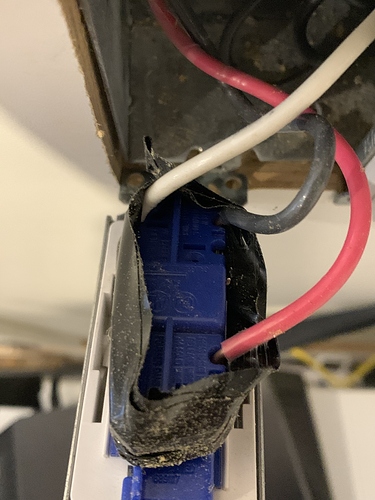 The switch doesn’t operate the outlet but the breaker turns off these lights and the outlet? Is the power passed through?

That’s fine as long as the switch doesn’t control the receptacle. There will be many things on the same circuit (breaker).

We’re going to need better pictures. Post pictures so that we can see up into the box. While it’s important to see the connections to the switches, we need to see into the box to see all of the Romex coming into the box.

Thank you for taking this on! 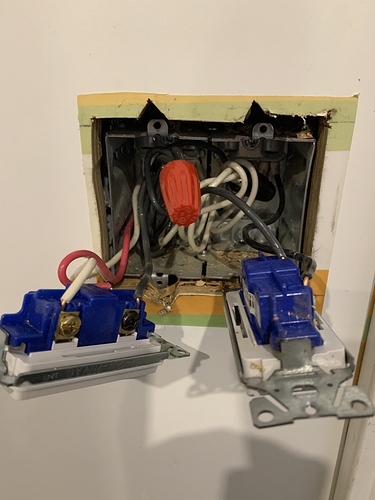 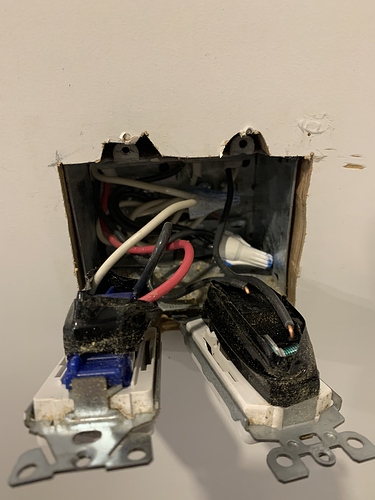 Thanks, but it’s still difficult to see into the boxes. In box one, grab that red wire nut bundle and pull it out as far as you can. We need to be able to see specifically where each of the three conductors attached to that switch are going. Right now, that red wire nut is in the way. Pull everything out as far as possible. Thx.

Hope this is better! 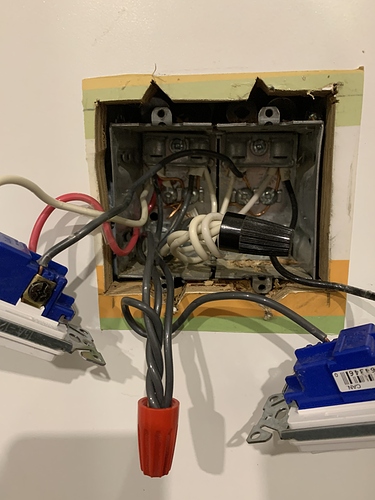 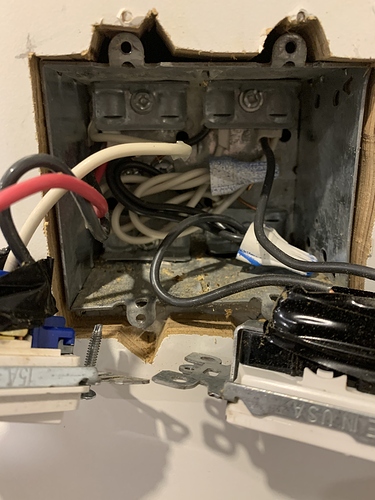 Hope this is better!

In Box 2, are all three conductors (excluding the bare ground) from a single 3-wire Romex? I think that’s the case. Looks like all three belong to the Romex coming in at the top left.

Do you mean top left? Three wires there: 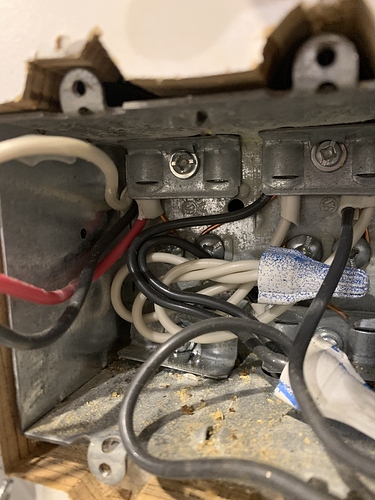 So if that is the case, you have a Line and Load in Box 1. The Inovelli goes in Box 1 using this: 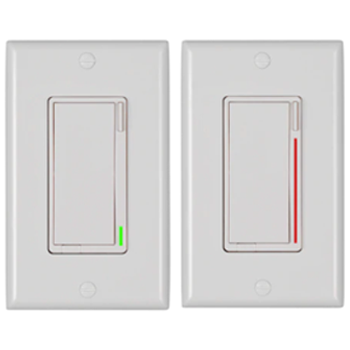 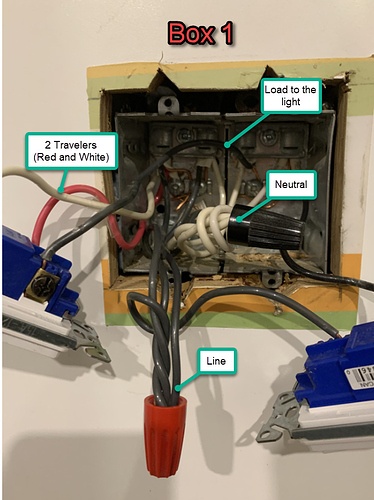 Thank you so much! I’ll be trying it first thing in the morning

I checked this morning and there is no power to the wire marked as line, unfortunately. No power to any of those wires

Really? That black bundle looks like it’s feeding the switch on the right too. (See the pigtail?)

How did you test? Did you use a meter? You should be testing between the black bundle and the white bundle.

And I hate to even ask, but you turned the breaker back on, right?

When you get no power in your test, does the switch on the right work correctly?

I checked this morning and there is no power to the wire marked as line, unfortunately. No power to any of those wires

@harjms Pls double-check my drawing when you have a moment. Thx.

Box 1 BLK bundle definitely should be LINE. It may not be the one marked “LINE” with the dot, but should be the whole bunch. Otherwise, I don’t see how the switches are working. I see multiple feeds (switch on the right is clearly seen) being fed from this bundle.

The Inovelli drawing should be right as the line comes in Box 1, but is immediately jumpered to Box 2 to the switch (assuming Box 2 switch has BLK wire connected to the COM screw; its under electrical tape and I can’t see it). The jumpered back to BOX 1 on RED/WHT depending on the throw. The BOX 1 COM BLK wire is to the load.

Thank you. Yes, box 2 switch black wire is to the common.

I’ll try jumping a wire from the line bundle to the Inovelli switch.

It may not be the one marked “LINE” with the dot, but should be the whole bunch.

Good point. In my drawing I meant the whole bundle should be hot, Not just a single connector. Which single conductor is hot doesn’t matter since you are going to pigtail to it. 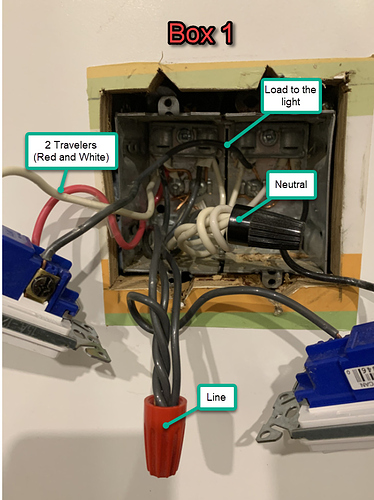