Ours will come later.

Overview
We have a unique opportunity in that a major alarm company wants to purchase some door/window sensors from our manufacturer and they do not have a house brand, so they’ve chosen us to be their brand of choice.

This is an honor as we don’t make door/window sensors, but their track record with us and our switches and bulbs really made them push us to carry a couple of different sensors.

The project is a bit different in that we don’t have the flexibility to change much outside of some firmware changes as this is a, “white-label” product (already produced by the manufacturer, we’re just putting our name on it) so we’re just putting this out there for visibility.

At the very least, we can build on the white-label and if this project takes off, we can ask for hardware changes and possibly come out with our own version.

Introduction
As per our tradition of working with you amazing people, here’s what this thread allows us to do as a community.

How this initial post will be laid out is in five sections:

Ok, let’s get this party started!

Project Overview
The purpose of this project initially was to provide one of the (if not the largest) alarm companies with a solid door/window sensor. We were approached by them to put our brand name on a sensor for them to resell as they do not have their own, “house-brand”. In addition, we thought, “you know, who wouldn’t want a door/window sensor?” so we decided to carry this ourselves. 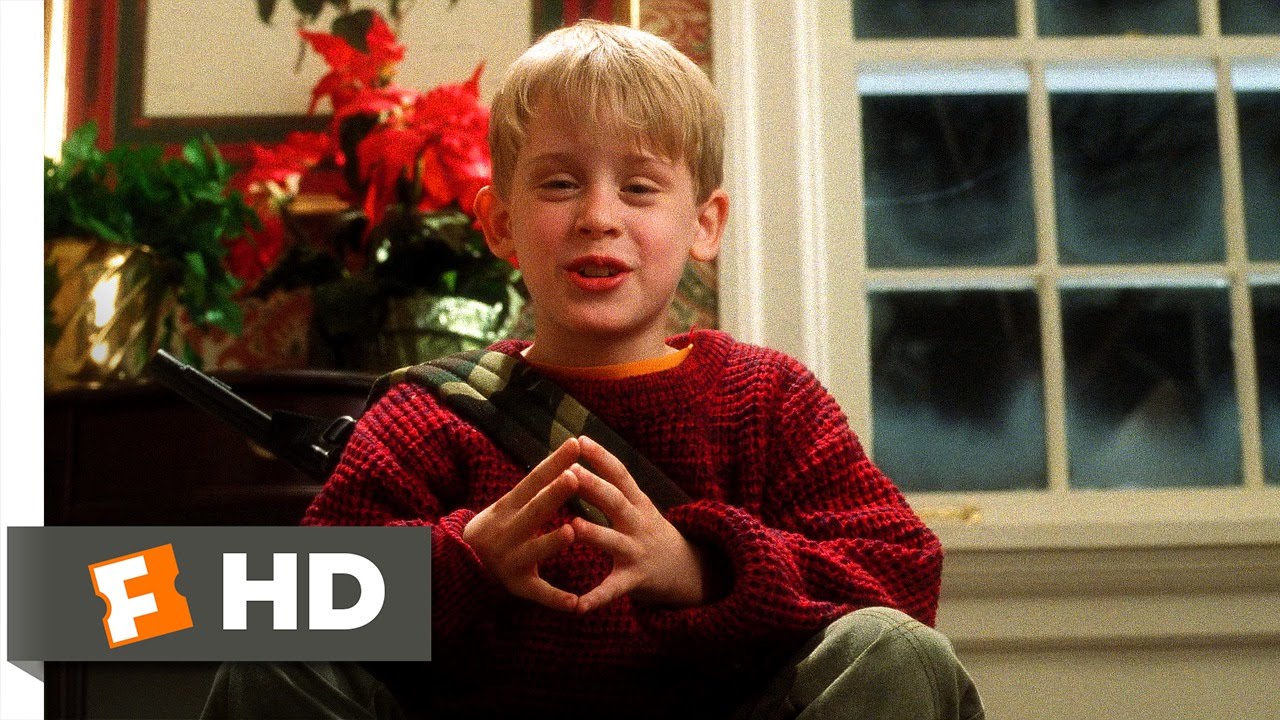 There’s a classic scene in Home Alone where one of the burglars comes in through the window. While Kevin does a great job putting ornaments down, he would’ve also known the window was open with one of our door/window sensors!

Home Alone - Hardware
As mentioned, this is a white-label product, so we don’t have any influence over the current version of the door/window sensor.

I’ll get a better picture, this is all I could find online.

The sensor will have the ability to detect open/close, temperature, and has a bypass button on it (the big button in the middle) that will temporarily disable open/close reports until it’s pressed again. This is good for if you have to let the dog outside, but your house is armed.

Home Alone - Software
We do have a bit of wiggle room here to improve the firmware, but depending on the timeline of when the alarm company wants these, we may not be able to implement them all at once.

Firmware is pretty simple and includes:

There does seem to be a central scene command built in where you can press the button a certain amount of times to activate a scene. The firmware we’ve tested does not have this built in, but their spec sheet does. We’ll make sure it’s in there as I think that’s a pretty cool feature.

Timeline
Ah, everyone’s favorite part. When is this flippin thing going to be released? Great question – here’s the high-level of what happens leading up to the first release of the timeline:

Again, just want to throw this out there – I don’t have a crystal ball so I can’t predict things that come up along the way. Trust me when I say we’re trying our best to get things launched on time.

The good news is all the heavy lifting has been done here and this should be a simple project (knock on wood) as the hardware has already been developed, the firmware has been developed and also certified by the alarm company as well as the Z-Wave Alliance. We’re just putting some finishing, “Inovelli” touches on them.

The initial timeline will be shown below and will be updated bi-weekly (if needed). We’ll update once this project officially launches.

Weekly Recap
Every Wednesday evening or Thursday morning, we have a meeting with our manufacturer to go over the various projects (status, issues, timeline, etc) and below I’ll provide a recap as well as edit the sections above so we can all keep track. If you have any specific questions you’d like me to ask, feel free to tag me and let me know so I can ask them as well. The weekly cadence for updates will be Thursday mornings (or afternoons depending on when we have the meeting).

March 25, 2021: We’ve received beta units for the alarm company to test as well as a couple extra for the internal team to test (Eric M, Nathan, Brianna and Courtney). Preliminary feedback to come in a comment.

Does it have a dry contact header for external input? I want to use one in my mailbox with a pressure sensor. The ecolink door sensor doesn’t have the range to reach the street. Will this sensor support long range? 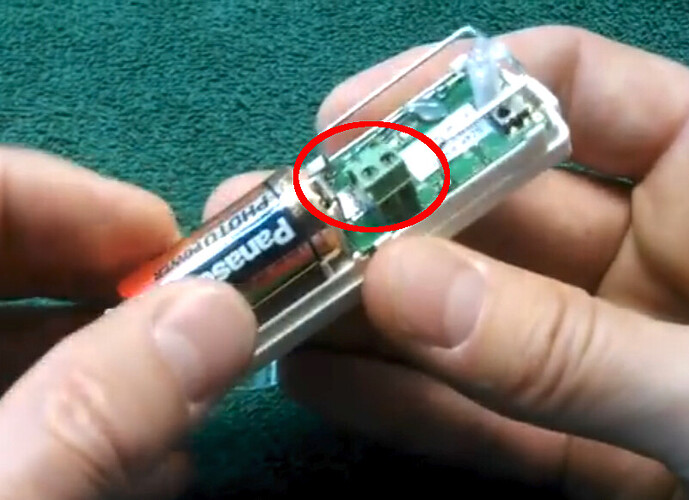 Bypass feature (ie: press the button and the sensor will not send commands to the hub)

Is there a way to disable this feature? Or you just push the button and it stops working (for a time or until pressed again)?

Is there a way to disable this feature?

I agree, hopefully there will be a way to disable that feature.

Does it have a dry contact header for external input?

No, it doesn’t. Dangit, I was hoping it would too.

Will this sensor support long range?

I’ll have to defer to @EricM_Inovelli on this one. Hopefully as it is 700 Series!

Is there a way to disable this feature? Or you just push the button and it stops working (for a time or until pressed again)?

I agree, hopefully there will be a way to disable that feature.

What is up with you guys spending my future money after I keep sending you my present money?

Have any details on this? I have a couple of sensors I’ve waterproofed for exterior gates, and really want to check if they are ajar and not just opened. Placement (or calibration) is super critical for this.

What is up with you guys spending my future money after I keep sending you my present money?

Pretty much how @Courtney_Inovelli answers the phone to place the order with our manufacturer.

Have any details on this? I have a couple of sensors I’ve waterproofed for exterior gates, and really want to check if they are ajar and not just opened. Placement (or calibration) is super critical for this.

Hmmmm… not really. This is all I’m seeing: 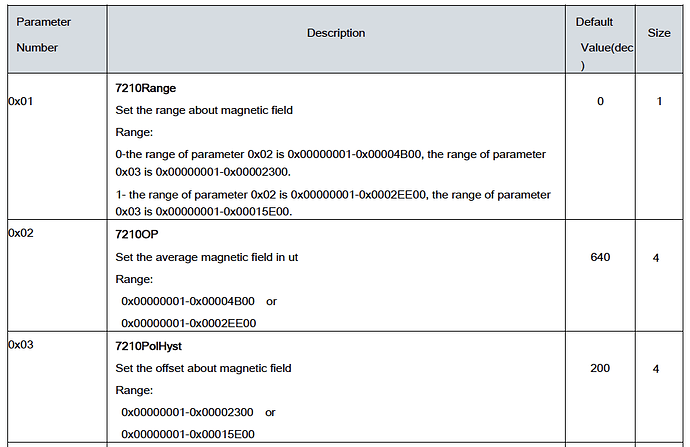 I can check with Jason and @EricM_Inovelli to see about more info.

Ive been holding out on zwave door sensors, waiting for a reputable company to produce some that meed my expectations:

I will be purchasing a few.

When should I start compiling my list of desired firmware features?

You sure do know how to make a grown man cry! Thanks @jtronicus

When should I start compiling my list of desired firmware features?

You can start right now if you’d like – the sooner the better so we can implement them if possible!

Here is what I would like to see from a firmware perspective:

Finally! It’s about time you added a contact sensor to round out the core device pool.

The bypass button is an awesome touch. A few requests on that front:

That is seriously cool that your company received such a cool offer! I was waiting for a good zwave option for door/window sensors for a while while I stuck with battery guzzling zigbee sensors in the interim.

I would seriously love to start phasing my current sensors out in favor of these new options at some point. Does your team have a price point you’re trying to eyeball? I know this project is brand new, but was hoping to have a ballpark number in the back of my head to get an idea what the damage will be once the time comes.

Is there a rough idea on price? I’m actually in the market for three of these and was gonna pull the trigger on some cheap zigbee sensors, but Id love some more secure/reliable ones with much better battery life.

Agreed this is great. I’d love to ditch the crappy Zigbee sensors I have that get a few months out of a CR2032 and move to something with decent battery life.

+1 on the thought that the bypass option should be done hub-side, not on the device. If someone wants to allow bypassing that’s fine, but I don’t want anyone in front of the sensor to have that option.

I am also a bit curious how these will integrate with the z-wave mesh. One one hand it’s nice to think the sensors furthest from my hub will get a boost, but I am a bit worried about switches routing through these and either reducing the battery life, or worse, going unresponsive if a battery dies.

Z-wave spec says battery devices are not repeaters per my understanding.

Awesome thanks @jtronicus, @Snell and @amdbuilder for the firmware suggestions. We will for sure pass it on to the manufacturer and see what we can do! Really good ideas

Out of curiosity, is this a special Z-Wave command or is this just something you’d setup via your hub (ie: via scene control as you suggested)?

Could you expand here a bit? I think I understand, but the one-time/two-time has me a tad confused lol.

What is the temperature ± for the sensor? ±2 degrees C? 1 degree? Want to have an idea how accurate it is.

I’ll have to follow up on this one. Mine seems to be a little off (reporting 62°F, when my ecobee is reporting 67°F – however, the sensor is right by the door, so it could be real). The driver does have the ability to calibrate the sensor by +/- 10°F, but I’m not sure if @EricM_Inovelli has activated that yet.

Inovelli battery pack sets for devices like these or at least a couple recommended types… so we know we have ones that will work reasonably.

That would be cool – but likely we wouldn’t have the capital to brand our own batteries. However, the sensors that came to us had Duracell in them (I’m not certain that will be what production comes with). We can certainly test a few different types.

Does your team have a price point you’re trying to eyeball?

Is there a rough idea on price?

Yes, we’re trying to stay competitive with the other sensors out there, so likely around $30 until the tariffs go away. We are also throwing around the idea of 10pks so the price per unit will be lower there.

I am also a bit curious how these will integrate with the z-wave mesh. One one hand it’s nice to think the sensors furthest from my hub will get a boost, but I am a bit worried about switches routing through these and either reducing the battery life, or worse, going unresponsive if a battery dies.

Lastly, I posted the manual from the manufacturer. It’s not your standard Inovelli manual, but it should give you an idea of the features better than me