3 way, line to fixture, no neutral

I wasnt sure if I should thread jack the 3-way, no neutral, line to fixture (between switches) - #4 by ldd question by pezboy, so Im creating a new question, with esentially the same wiring setup:

3-way, no neutral, line to fixture (between switches)

My power source (line) is at the light and this is between the two (3-way) switches. Here’s a diagram:

This makes it a non-neutral scenario, but one I have not seen an inovelli schematic for wiring. I have a red series dimmer to install. Does anyone have any suggestions?

The difference for me from his question, is that I do not have any neutrals in either box.
Preferrably, I would have the red series dimmer in the left location of this setup, rather than the right, but I could deal with it if its not possible.

Thanks in advance for the help!

@driedger Did you get this configuration to work with a Red Series Dimmer and a dumb 3-way switch?

I’m in the same situation and have not been able to get the 3-way setup to work.
I installed the Red Series dimmer in the “right” box - with the Line (black) going to ‘Line’ in the dimmer. The other two wires are connected to Load (white) and Traveller (red).

If I connect the Load from the dimmer (white) to the black nut (Common/Load) on the dumb 3-way switch, the RS dimmer works if the dumb switch is in one position (I think it’s the position that causes the Load from the RS dimmer to be connected to the Common). If I toggle the dumb switch to the other position, it powers off the RS dimmer completely. I know that there have been a lot of threads about this behavior, but they all have a neutral and appear to have been fixed via the neutral setting in the parameters. This fix does not help in my case.

It appears that I have to have the Load (white) from the dimmer connected to the Load line from the light in order for the RS Dimmer to have power and to work. But in that case, I don’t have enough wires to connect to the dumb switch. I’m left with just the Traveler (red).
This is my current setup - the RS dimmer is configured as Three-way Toggle and Non-Neutral. It operates the light, but the dumb switch does nothing as it only has the Traveler connected.

How can I wire this up to have the dumb switch work as a 3-way with the RS dimmer switch? I have a GE aux switch that I can use, but that requires a neutral, right?

This should work for your configuration… 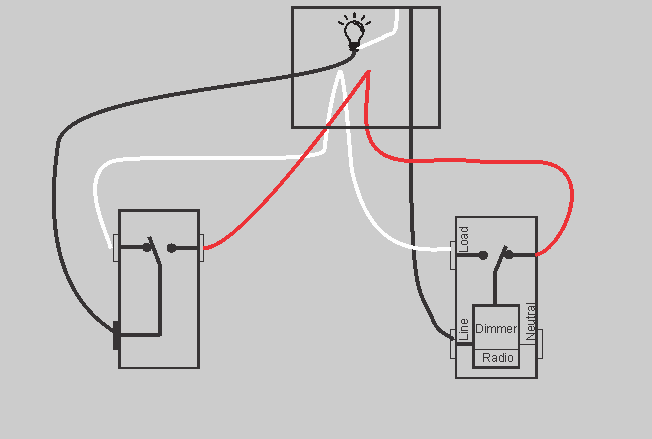 You also have to set Parameters 21 & 22 for your type of installation. Warning, others have reported changing these parameters did not “take” the first time and needed to be repeated.

That’s what I tried originally. I tried it again today, but it only works when the dumb switch is in one position. I changed the Neutral & Switch Type parameters several times, but no combination worked (including the technically correct Non-Neutral / 3-Way Toggle combination).

It turns out my wiring is more like this: 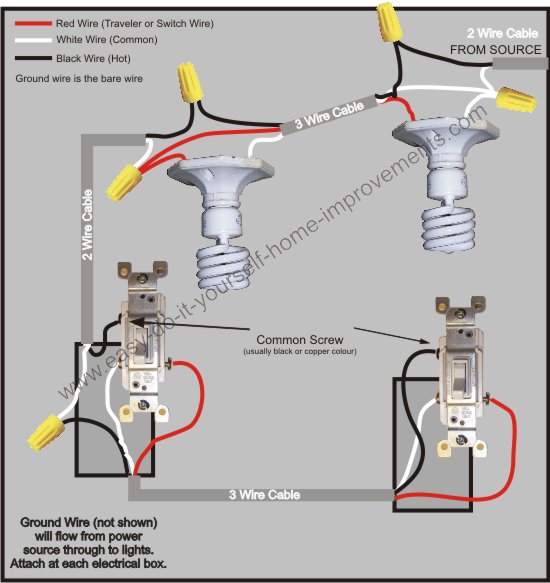 The fix was to use the GE Aux switch instead of the original dumb switch in the “left” box:

Now it all works.