@Eric_Inovelli and @EricM_Inovelli is it possible the manufacturer will provide to you and allow you to publish the gain spectrum for the 2.4GHz antenna in the Blue 2-1 switches? If it’s asymmetric it may point towards favored zigbee channels…

@Darwyn_Inovelli - can you publish this?

From the photos in this post, it looks like the antenna is a discrete unit (good) hanging at the end of a piece of coax.

Project Update: Received the official draft reports from FCC today. Hopefully we’ll be up on their site in a bit with an official number. The important part: [image] No clue what any of that means, but the word Pass is what we’re looking for haha. [image] – The good news too is that UL is the one that seems to be conducting these reports, so at least the switches are passing their tests and hopefully this is a sign that they will pass the overall tests. Here are some random pics of the …

What’s the possibility/ advisability of cracking the housing and pulling the antenna outside, so that it dangles inside the switchbox? Might help some of the signal strength issues if it were isolated from the board a bit more, at least that’s my thought…

Before even trying that, it would seem like the easiest test would be the antenna connector- it’s possible that it isnt properly seated, which would lead to poor performance. How easy is it to get at this connection?

We have someone doing that right now (pulled the antenna out more) and there hasn’t been much of a performance increase (if at all).

Let me see if they want to share the results as they’re volunteering their time and I’m not sure how inundated with requests they want to be lol.

Looks like one confirmed case of a poorly-connected antenna… are these connectors prone to detatchment during shipping, or is it more likely a failure during manufacturing?

Well… I have good news and bad news. I just spent about an hour carefully taking one apart, reseating the zigbee antenna, and reassembling. Inclusion now happened on the first try, and RSSI went from mid 90’s to mid 80’s. Mid 80’s still isn’t great but its a measurable improvement, and more important the switch actually seems to be functioning as it was intended to. With this RSSI I’m not sure if I’ll be able to mount it in a box more than a room away from the hub, but I’ll try to work on th…

I clarified this in the other thread and I’ll do it here as well, to avoid people needlessly taking them apart. Yes, I did gain 10 RSSI, but mid 80’s is still not good, especially 10 feet from the hub. The connector seemed to be seated fine, but since I was in there anyway, I reseated it and moved the antenna wire a little bit. I’m not sure what the solution is going to be, I’m hoping radio power can be adjusted with firmware.

Where is the RSSI shown? I’m using HA with ZHA, and in Device Info → Zigbee info, it shows LQI, but RSSI is “Unknown” for all my Zigbee devices (both the Blue switches and some Sonoff outlets).

In Hubitat its on the live zigbee log, each radio command makes an entry.

Seems to have been removed from stand-alone z2m at some point… i put in a feature request to add it back in.

RSSI doesn’t show in ZHA either. 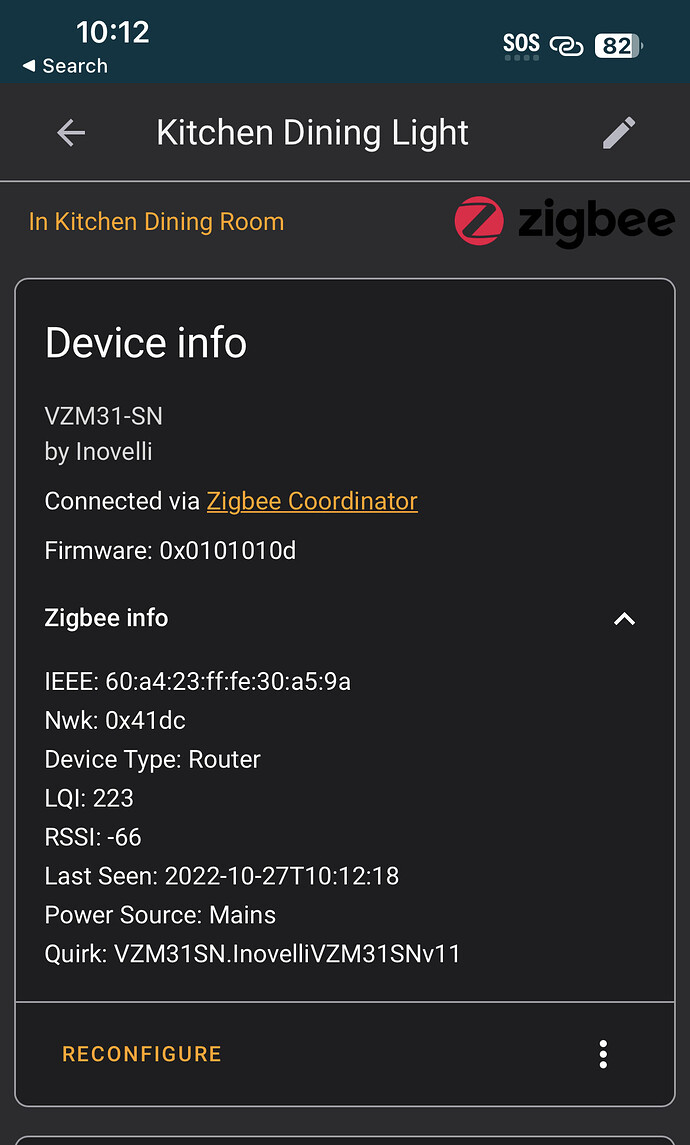 Are you using beta device? 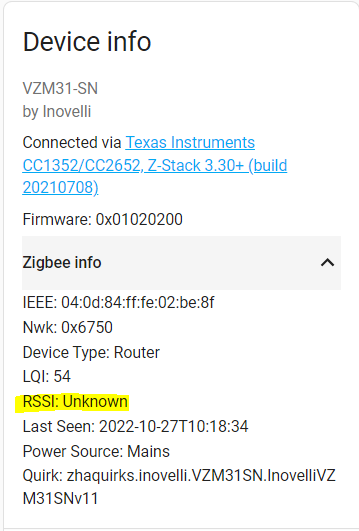 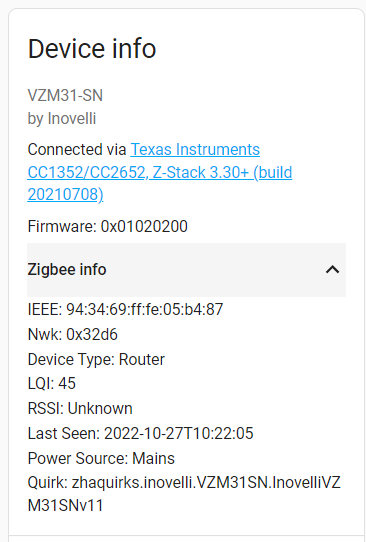 I am, my switches aren’t delivered yet. Just pointing out where to find it in ZHA, if it’s showing unknown that’s going to be different than not being built in so worth noting imo.

My HA box is more of a playground / toy for me, and is a separate piece of hardware. I’m running z2m on a beta Collective Core unit from Oh-La Labs. HA does have access to my devices (through MQTT). Unfortunately z2m isn’t publishing RSSI to MQTT, so HA knows nothing about it. Need a solution from Koen @ company that’s built-in to z2m.

Ah yep, Z2M is going to be a different situation.

Think it might be just that the Sonoff/ TI chip doesn’t show RSSI. Not necessarily HA related.

If that’s the case it’s good to know. I would’ve expected it to be exposed somewhere and in the case of Z2M potentially just needing something changed to send it over mqtt. 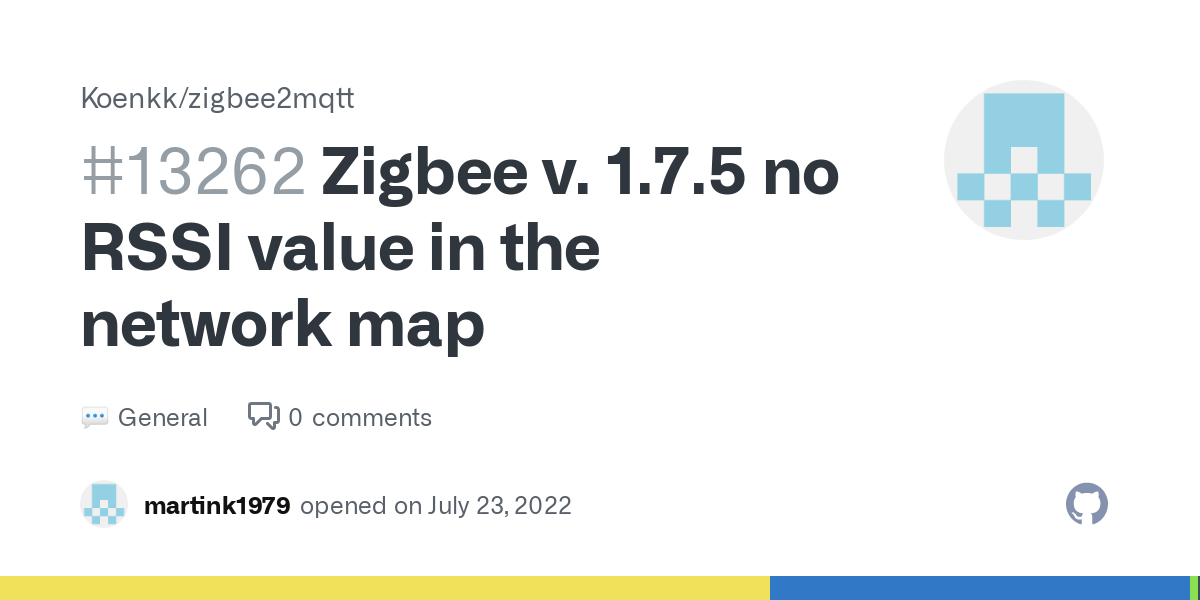 Hello all, why is there in the current version 1.7.5 no RSSI value more in the network card ? Can I set this somewhere manually again ? or do I have to go back to version 1.6.18