I have 6 blue switches didn’t set them up yet.

If I bind the switch to a group of lights when the main paddle is pressed does it send an on and a brightness signal to the bulbs or just “turn on”? It would be great if it sent a 100% brightness or even better if that was configurable for how it turns on the lights when in “smart bulb mode”. Meaning a configuration option that takes any number between 0 and 100 for brightness %. I ask because I use an off transition from home assistant so the lights will be 1% if a brightness command is not also sent.

I will primarily use this with home assistant and the smart bulb mode/binding is simply a backup so it would be great if there was a configuration option for the main paddle to become the scene switch and the binding functions to be moved to the current config button. Essentially reversing the order of what is currently configured. That way what’s being used the most is the biggest switch for people to use vs having to tell everyone touch the smaller config button. 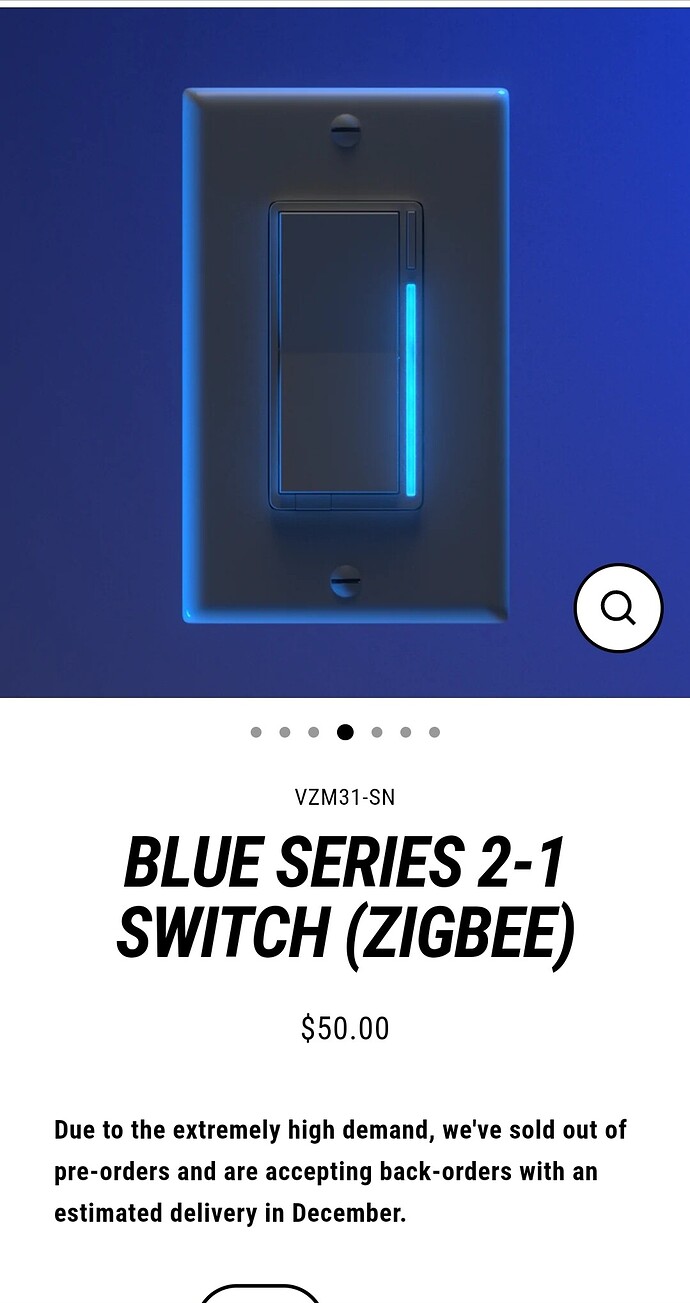 Awesome. Hoping the second request is possible with reversing what the switches do currently.

Can you elaborate more on the second part. Idk if it’s bc I’ve been beaten down this week and my brain is fried or what but I don’t really follow

You see how the main paddle is used when in smart bulb mode and binded to a light group? 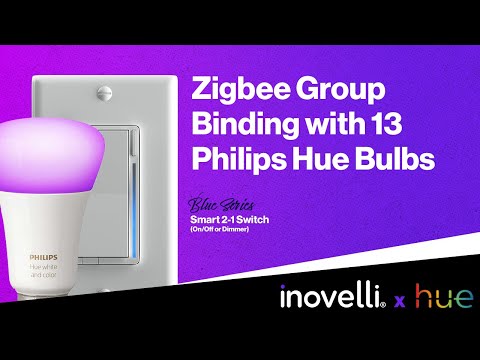 Is it possible for an option for that to be done by the smaller config button? That way the main button can be used for scenes alone and the config button could do on/off with binded lights.

Edit: I realize it’s being called a “config button” I’ll replace “scene button” with that

Got it - so how would you envision the config button to work (tap 1x to turn lights on, 2x lights off, etc)?

If it’s unable to poll the binded group (not sure if that’s possible) then yes exactly how you described. If it’s possible to poll to check if the group is on then a single tap turns on if off and turns off if on.

As I said I would primarily have home assistant control what happens so using the main paddle for scenes is ideal while still having backup binding control provided through the config button since there is a big size difference i think most non-tech people that come over would use the paddle which is fine but then it wouldn’t deliver the dynamic lighting controlled experience without home assistant getting a say in what happens when the lights turn on. So I’d rather switch that around. Again this should be an option not default so people can just choose what button they prefer that controls binded lights.

It’s technically possible if this can’t happen that whenever the main paddle is tapped to turn on binded lights and the 1x event is sent to home assistant then it also sends a command to the lights but that could look weird if it turns on to a specific color or light temperature and then home assistant within a second sends a completely different light color or even brightness. It’s also inefficient as that’s unecessary traffic.

After I just set up the switch and binded it to a group of lights it would be great if there was the ability to do as I described.

Binding takes over the paddle. Any press is a binding command. Yes it’s also sends scene notifications (button presses) but binding commands will be received by the lights first before home assistant has a chance to send a command off the press up or down of the paddle.

Checking that the above is true because z2m says the following:

Default level for the dimmer when it is turned on at the switch. A setting of 255 means that the switch will return to the level that it was on before it was turned off.

Zigbee binding does not support that kind of if/then/else logic. Binding associates an event (on/off/changeLevel) on the source endpoint with a single Zigbee command sent to the destination endpoint. It might be possible to make the config button ‘bindable’ to a Zigbee command, but it could only be associated with a single specific command. One possibility might be to make the config button send a zigbee.toggle command. But that’s about as close as you could get with bindings.

The switch firmware itself would do what I suggested.

The switch is already aware of the state of the binded group. This should be possible to achieve. It also does increase brightness on a double tap on the upper paddle. Again the firmware can do this.

My point is that would be a custom feature/command and is not the same thing as zigbee binding. Zigbee binding has defined standards that don’t include the logic you are describing

Checking that the above is true because z2m says the following:

Default level for the dimmer when it is turned on at the switch. A setting of 255 means that the switch will return to the level that it was on before it was turned off. 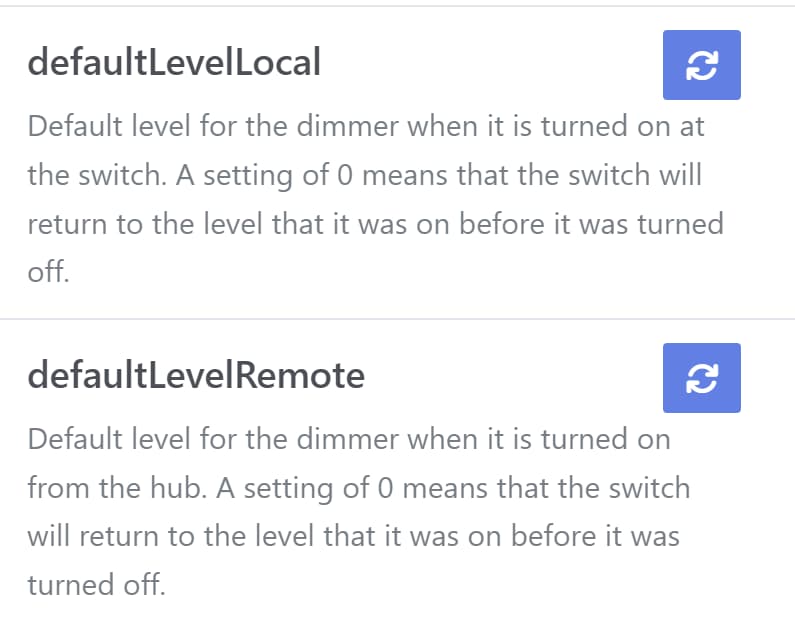 I’m on z2m edge 1.28.2-dev commit: 9f0b162
I haven’t checked for an update in the past week or so since I’m not at home and don’t dare take it offline to update in case an issue comes up.

I’m have the latest from GitHub manually installed. defaultLevelLocal works as expected.