I have a LZW31-SN that I use for the garage running a bunch of LED lights. Wired in as 3-way with a dumb switch. I’m using Home Assistant and Node-RED to do different scenes. I just updated from the old ZWave to Z-Wave JS, which went a little funny but things seem like they’re working now.

However, tapping “on” once is causing the garage lights to flash on and off very quickly (like 4-5 times per second). I don’t think it’s the Node-RED flow doing it. I think the switch might be misconfigured. But I can’t see what might be doing this.

I assume everything worked fine with the old integration? Verify parameter 22 is set to 1 (dumb switch) and parameters 21 is 1 for neutral and 0 for non neutral.

Is the dimmer neutral or non neutral? What’s the load in watts and the type of bulb(s)?

All else fails stop the node red addon to rule out that.

Attaching image of all the configs in case I’ve messed something up.

Anyone have any ideas? This is pretty terrible… see for yourself! 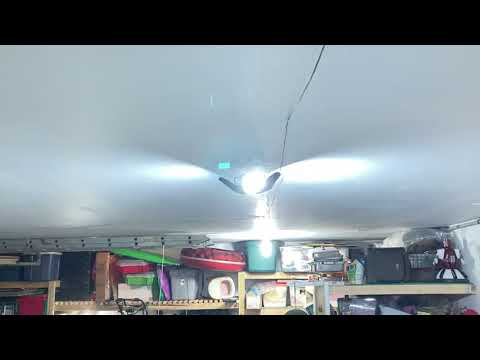 I have an identical switch in the living room which migrated just fine and is working as expected. One difference: this crazy one is a 3-way (dumb) and the living room is a single switch.

I did see this post (LZW31-SN: Very bad flickering after updating to 1.47 (otz and bin)) but I didn’t update any firmware.

This is interesting, though (I think). I just tried turning “Smart Bulb Mode” (parameter 52) ON (it was and has been off) and now when I turn the light on it only flashes once quickly and then turns off, AND in Home Assistant the UI switch turns off, too!

I’ve disabled all the Node-RED flows, so I don’t think that’s a part of the problem.

Here’s what it looks like in the logs when I turn on (getting the quick flash and then going off):

I’d remove the switch from HA and factory reset it. Reset the neutral type and switch type parameters and test. If it continues to act the same way, I’d probably re-flash. If it works fine, then the issue is with the HA interaction so you can then look further in that direction.

@Bry sorry to have muddied things… in my case I have not flashed firmware at all. Only did the changeover to Z-Wave JS on HA.

I will try removing it from HA, though.

Only did the changeover to Z-Wave JS on HA.

No worries. I misunderstood that. But the concept is the same. You want to see if the switch is acting up independently or if the hub is factoring into the issue. It’s just a simple way to let you know in which direction to look.

I’ve removed the switch entirely from HA and it’s still acting funny… not identical, but funny.

I am able to turn it on and off normally about 60% of the time, and when I turn it on, it is not flickering madly anymore. So that’s nice.

But the rest of the time, when I try to turn it on, it immediately turns off and the LED (sometimes) flashes red, green, blue… about .5 second each.

Any recommended next things I can try?