I have installed 5 LZW36 switches and have told Google to sync the devices from SmartThings. As a result, I now have the parent devices (type “Inovelli Fan + Light LZW36” in my Google Home app, available to automation there.

This posts suggests I’m just out of luck for now, can anyone confirm? 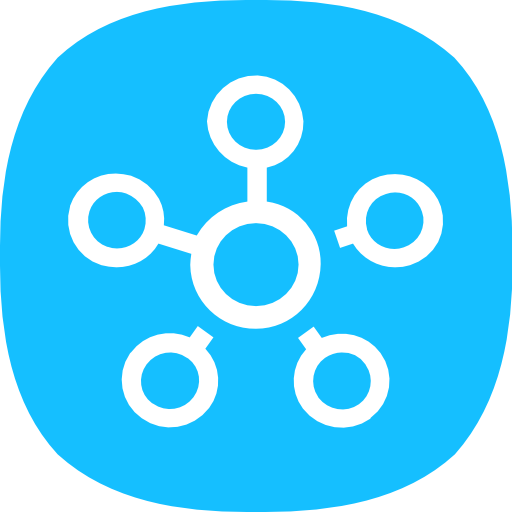 The Google - SmartThings integration has recently been updated. None of these changes will affect your current setup until you reconnect to the SmartThings action via Google Home app. Major changes Faster execution of commands All locations,...

I am having the same issue with Alexa and their integration. Not sure if it’s a device handler issue or an integration issue, but I believe it’s the latter.

Edit: it does look like ST is moving from a child device to a “placeholder” device type per the DTH coding. Not sure what this means except for that there might be a reason it’s not being sent through the integrations.

I just sent @EricM_Inovelli a PM – let’s see what we can figure out here. I do see the child devices in Alexa and Google Home, but I also have had this fan installed since maybe March so possibly something is different or has changed.

NOTE: In GH, the Fan portion shows up below all these lights as a fan icon.

Yes, it appears that the Google - SmartThings integration dropped support for child devices in early May.

I did some quick research on this and it seems the new Google and Alexa integrations aren’t supporting child devices. That is too bad. I am probably on the old integrations still which is why it was working for me.

There is possibly a work around, but I will have to look into it. I miss the old integration where you could choose which specific devices to present to Google / Alexa.

1 step forward, 2 steps back it seems.

@jody what/when can we expect a fix on the ST front? This is kind of a big deal for my household.

I miss the old integration where you could choose which specific devices to present to Google / Alexa.

Note that unlike a couple of months ago (when the ST forum post was made), I can once again exclude devices from syncing from ST to Google. This feature was AWOL for several weeks after the release linked above. So at least that part is back, but the child devices are still a no-go.

Note that unlike a couple of months ago (when the ST forum post was made), I can once again exclude devices from syncing from ST to Google.

LOL nevermind, this is a lie. The Google Home app interface when you “relink” to ST shows checkboxes next to each device making it appear that you can omit certain devices. However you cannot actually uncheck the boxes. All devices are selected all the time.

Ok, so there is a quick work around that should work and I’ll write up a KB article about it. It involves creating virtual devices that sync with your child devices using Smart Lighting. Then those virtual switches will be synced to GH or Alexa.

@EricM_Inovelli also found that he wrote a SmartApp 4yrs ago that basically does exactly this, so he’s going to tweak some code to make it work and I’ll update the KB article when this takes place. In the meantime, hold tight on the initial article – I should be able to knock it out fairly quickly.

@datavortex @kreene1987 – can you guys try the above KB article and let me know if it works? I was able to get the virtual switches to work in ST, but I don’t have an Alexa or GH at work right now to mess with. I’m 99% sure it should work.

Step 1 should be login to account.smartthings.com per @jody

Scratch that, these are both dimming capable so should be Virtual Dimmer Switch type, that way the more advanced user can use WebCore to match levels. Note this will NOT have the color control even if future @EricM_Inovelli adds this child functionality. Not sure if there is a virtual device that does color control and dimming? Also, the fan could be set up as a Virtual Fan type potentially if code was created for that based on a real fan. There does not seem to be one pre-built.

Smart Lighting for Fan Child Switch is in there twice.

Will continue testing! I’ll share my WebCore code once I have it set and working.

If you are interested in (pretty) simple way of making virtual devices for the Fan / Light, I have created an app that can do it for you and keep them in sync with the individual endpoints. The benefit of the virtual devices is:

I am still working on a better KB article, but here is my first draft of how to get it setup:

I had to rush this out a little bit so let me know if their are any bugs / issues.

Edit: Found and fixed a bug in the Smart App. Sorry about that.

Wondering if you can host the images in your KB locally on your site?
(the current ones seem to be on googleusercontent, and appear as stop signs for me, maybe not publicly accessible?)

Like @SandyB, I cannot load the included images in the KB article but I got the VDS smartapp working based upon the text.

Everything works, but I hit one snag at the end.

The only place I ran into difficulty was when I deleted one of the light virtual switches that VDS created. I have Hue smart bulbs in some of the fans, and without remote control protection the easiest solution is to delete the virtual light switch while keeping the virtual fan switch. This was no problem in ST, but even after an account reconnect Google still remembers the now-deleted virtual light switch and includes it in the room’s lighting group. When toggled via Google Home, the now-deleted virtual switch still works. Of course this causes power loss to the smart bulbs when voice commands are used.

Both solutions worked GREAT, and both are fast!

Thanks for the continued support!

This was wrong. Google is not remembering deleted devices. What actually happened here is almost as stupid. Google strips non-alphanumeric characters from both device names and room names. So “Room Fan + Light” becomes “Room Fan Light” in Google Home. Same with room names, so if you call it “John’s Room” in Google Home you will get “John s Room”. Anyway, I named my virtual light switches “Room Fan Light”, so after the unannounced name translation in sync, it looked like the deleted devices were still present. They were actually the combination “Fan + Light” devices with the plus symbol stripped. I also tried ampersand, comma, and single quotes and all were stripped out. (As an aside, did you know you can sync your Samsung and Google accounts so quickly you get a temp ban from the API? You can.)

So, in summary, everything is working as intended.

For the fans containing smart bulbs I:

I still have the combined fan+light switches in Google Home, which annoyingly lives inside the rooms’ light groups. So when you tell the assistant to turn off a room it hits the combo switch as well and kills the smart bulbs. Because SmartThings killed the ability to selectively disable device syncing earlier this year, all the hacks around this (using different rooms/homes) are dirty.

Honestly this is probably the last straw for SmartThings for me. They really screwed up the Google integration. Between the duplicate devices from Philips Hue (my bridge is nearly full), and now having the combo devices in the light groups, they have regressed my voice commands intolerably. And the light groups I made for the ceiling fan smart bulbs (“ceiling lighs”) don’t sync over at all. As soon as Hubitats are back in stock I am likely to begin the arduous process of moving all of this over. I hope child devices “just work” over in that ecosystem, I am about to start investigating.

I am now having an issue creating notification children devices for the LZW36 parents. I suspect it could be related to this change. When I change all four of the settings for, for example, “Light Notification 1”, I do not get a child device as I do for my other switch/dimmer models. This remains true whether the parent device’s “Use Inovelli Virtual Device Sync” option is disabled or enabled (including with a save/exit/kill on the ST app in-between setting toggling it and modifying the notification settings).

I did not previously try to setup any notification children prior to the changes made in response to this thread and toggling the VDS setting at least one time for all of my LZW36 switches. So I cannot say for certain it’s related, it is possible it never worked for me.

I am now having an issue creating notification children devices for the LZW36 parents.

Has anyone been able to duplicate this issue using the new device handler? I’m still not getting notification child devices.

Haven’t tested yet but intend to!