I have 6 dimmers on preorder.

I could use single gang double switches, similar to your planned light / fan switch. Home built in 1960

One application is front door…light switch for inside entry light and the other for outside entry/camera. I have inside lite on a sonoff device. Dont really need a smart switch f outside but would like one f inside

Another application is for a double gang. One one gang I’ll be waiting for your dimmer/fan switch. The other gang is a switched outside outlet plus a light switch. I am currently using wifi bulbs but a double zwave switch would be nice.

Elect boxes are cut into concrete block… I can and have put in larger boxes but it is a project. I dont know if there is enough demand (I guess just older houses have this issue) for manufacture but it is on my wish list

Hey @mgreenb561 – first, thanks so much for the support with the pre-orders! That really means a lot and the great news we’re anticipating mass-production to start within 2-3 weeks. Hopefully sooner as our On/Off’s start next week.

Anyway, I think I’m seeing a pattern here with the suggestions and I’m kind of excited about it. @neminat posted here: Two Dimmer Switches Single Gang about dimmer switches whereas you’d need more On/Off’s, which makes me think there could really be something to these double-gang ideas.

One thing that may help in the meantime, which I suggested on the other thread is if you install these by Aeotec: https://www.amazon.com/Aeotec-controller-metering-switches-Compatible/dp/B076BPM21Y

You can replace two of your switches with this and Aeotec is a great brand that I recommend.

I hear you on the electrical boxes. While, luckily mine were not built into concrete block, my house was also built in the 60’s and came with the smaller metal boxes that made installing smart switches a real pain. I think I’ve replaced all of them over the last few years, but you’re right… it’s a project alright!

Thanks for the suggestion and have an awesome day!

The Aeotec would be better (zwave) but I have tried shelly 2 (wifi) in a couple of boxes and i have a 3 switch single gang wifi switch (single plate double gang box still very tight… I used 14 ga stranded pigtails so i could push it in).

Shelly (presumably aeotec) won’t fit in these 2. What I want, but I can survive

Looking forward to your dimmers

While we’re at it, I’d love to see a double switch where one (or both) of the switches are on/off. I’m specifically thinking of my bathroom switch where the top half controls lights and the bottom half controls an exhaust fan. I realize this might make for too many configurations with combinations of dimmer, ceiling fans and on/offs but I just wanted to register the request :). I’m actually considering going the Aotec/Qubino/Fibaro but have to put it in the fixture which might get ugly (and would require 2 separate inline modules).

Awesome @iderdik – yeah, this was the original application I was thinking of when @mgreenb561 and @neminat first mentioned it. This would be super helpful for my bathroom as well (exhaust and lights).

I’m going to open up a poll shortly to see which combination rises to the top as I’m genuinely curious!

Crazy thought…would it be practical to manufacture to modularize the actual paddles where you could just pick what you want and just pop em in. It would probably cost a little more but it would be awesome to customize. It could be a niche you could own

I’m just seconding this request. I have a single gang double switch in my kitchen and can’t expand that without getting very messy. One switch is under counter lights which (at least currently) can’t dim and the other is overhead lights. I’d honestly be fine with both being On/Off rather than dimmer.

That being said, I’m already looking to convert a bathroom light to a smart dimmer and am also thinking of adding a fan there as well so a combined On/Off and dimmer would be useful there.

Any chance a switch could configure between On/Off and Dimmer like how you can disable the relay today? It would surely be useful across all switch products but particularly here.

I’m just seconding this request. I have a single gang double switch in my kitchen and can’t expand that without getting very messy. One switch is under counter lights which (at least currently) can’t dim and the other is overhead lights. I’d honestly be fine with both being On/Off rather than dimmer.

this kitchen situation is EXACTLY what i have in mine. I have some marble tile backsplash that goes all the way up that wall so I have no interest is expanding to a double gang. A single gang double switch with dimming on both is my dream, but id settle for just one dimming

Looks like Zooz is coming out with “ZEN30” which is a dimmer to control two loads. The two loads are not treated equally both in terms of button area and load capacity which is interesting. 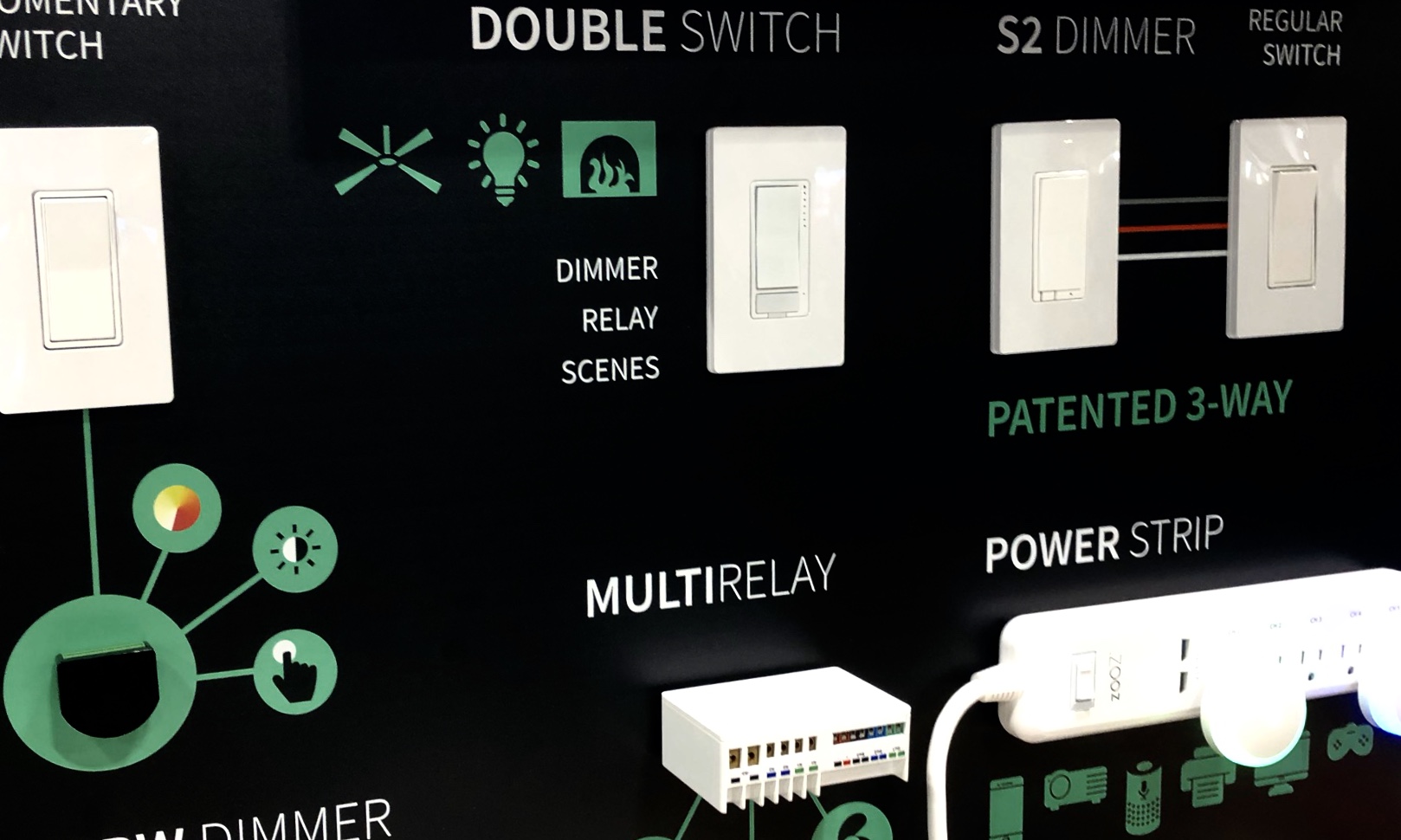 Zooz announced three clever new Z-Wave devices at CEDIA this year, and each one addresses a different niche need in the current smart home market.

Yeah, so I’ve got this 4-switch single-gang load…

(Actually, a triple-switch 1-gang, and a single/single, currently done with 4switch/single Sonoffs via Wifi, so I’m eyeing your Project Hurricane)