Yes, it is possible, there is a real relay in the dimmer (used for 3-way) that can be disabled (A 3-Way situation may complicate this).
Then there are scenes for up, hold up, release up, down, hold down and release down that can be used to control the smart bulb. You will need to handle that on your hub however…

Is it possible to use the dimmer switch red series with a smart bulb by disabling the relay (similar to how it’s done with the on/off)?

If (1) is possible, would the dimmer switch be able to dim the smart bulb by holding up/down? I think it’d control the smart bulb most likely through the central scene command so I doubt that’d work but here’s to hoping.

Yes, and we were just testing this out yesterday actually! We tested it with our Z-Wave bulb (ilumin) and our dimmer switch and it worked great.

We’re testing it out on Hubitat with Hue bulbs – just no one in the office uses Hubitat, so we’re trying to learn lol @anon14959390

In theory it should work with non-Z-Wave bulbs, but results will vary depending on the Hub you have (ie: if the Hub executes in the cloud like SmartThings or local like Hubitat).

The quickest and best way (in our opinion) is to have two of the same protocols talking to each other (ie: Z-Wave to Z-Wave or ZigBee to ZigBee).

@MxMLssR thanks for your help as well!

That’s great. So just to confirm, the dimming capability only works using the Red Series Dimmer and not with the On/Offs? How was it configured in SmartThings to work?

Also, are the AUX switches also dimmers? My guess is the AUX switches are default and work with either dimmers or on/off since they simply “replicate” the main so that doesn’t matter. In your video, the 2nd aux switch did take a while to dim the bulb though :).

No, this works with the On/Off, it has the same scenes as the dimmer

the dimming capability only works using the Red Series Dimmer and not with the On/Offs? How was it configured in SmartThings to work?

It’s my understanding that the Dimmer is the only one that can make smart bulbs dim in real time (however, I’m intrigued by this post: Let's see how far we can push the red series...shall we? – the hold/release was not supposed to be in the firmware haha. It’s nice that it is, but we never asked for it) – I’ll clarify with @MxMLssR in a second bc we may be talking about two different things.

Here’s the main distinction between the On/Off’s and Dimmers (both Red Series):

Setup
We used the following for this setup:

NOTE: I’ll provide links once these are up and in stock and we’ve published the handlers/drivers. If someone runs across this and the links are still not up, tag me and I’ll add them.

I’ll definitely provide better notes once everything is released and likely post it in the Tips & Tricks section.

Also, are the AUX switches also dimmers? My guess is the AUX switches are default and work with either dimmers or on/off since they simply “replicate” the main so that doesn’t matter. In your video, the 2nd aux switch did take a while to dim the bulb though :).

Your guess is correct – it does work with either On/Off and Dimmers and I believe you’re also correct in that it replicates a push or a hold for On/Off or Dimming.

Yeah, honestly, we didn’t even know the aux switch would work with the dimmer switch to change the bulb dimness. That was an added bonus as well!

Here’s me losing my mind actually: 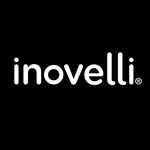 I’m guessing for the dimmer, group 2 is single tap while group 4 is hold. Is group 3 double tap?

Unfortunately, my smart bulbs are Philip Hues i.e. zigbee so ultimately, there’d still be a lag as I won’t be able to associate them and would need to go through ST. Good to know it works great with zwave bulbs though!

So I’m curious, for those of us who intend to use these switches with Hue bulbs in a relay-disabled setting… Given that the red series on/off sends hold/release events, is there any advantage toward getting the red series dimmer switch? I’m thinking it might just be aesthetic - a larger LED indicator. Is that right?

I’m trying to setup 3-way with LZW31 on both ends. Slave switch is not connected to the load.
Using your smartapp I got association setup and working however there is 5-6 seconds delay before clicking the slave switch and action happening. From what I read about zwave associations - it should be quite opposite.
I see “Execution Location: Cloud” in ST - is that causing it? How could I change it to “Local”? 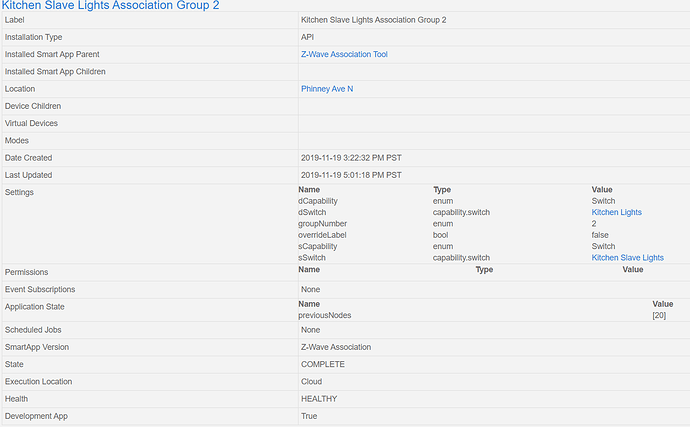 @Eric_Inovelli I recently purchased the Red Series Dimmer/RGBW combo pack and I’m interested in replicating this setup in my non-neutral environment with an ST Hub. Do you have any additional documentation available on how this was accomplished? You mentioned in your note that you might have some more info on this.

Also, with the Association Tools can I associate a single Red Series Dimmer with multiple RGBW bulbs for direct control? I’d like to control two bulbs in a ceiling fixture connected to a single dimmer.

Hey @mcerwin, other Eric here. First off, you can associate multiple bulbs with a single dimmer. So that is definitely a possibility. @Eric_Inovelli (Hines) might have some additional documentation, but the process is pretty straight forward. The source device would be the switch and the destination device would be the bulbs. You would create two associations (one for group 2 & one for group 4).

Don’t create associations back from the bulbs to the switch. I think I saw somebody do that and it can create a loop of commands.

@EricM_Inovelli Thanks for the pointers! I finally found the time to set this up and get it tested and it’s working just as I had envisioned with both bulbs associated with the switch.

I did notice that with the two bulbs in the fixture, they seem to have different response times. One bulb will turn on/off before the other and the dimming seems to vary between them as well. I’m new to z-wave devices having used ZigBee bulbs in the past.

Yeah, keeping the bulbs perfectly in sync can be a little difficult. A lot of environments are usually ok, but in some situations there is a slight delay. Sometimes including the device as secure adds just enough overhead for things to be out of sync, but it should be pretty close. The cloud shouldn’t be at play here as the associations are device to device. I think setting the config button scene as a “favorites” scene could help with the problem. If things ever get out of sync, you hit that button and dim up or down from there.

When our devices are “Works with SmartThings” approved, they will definitely have a performance boost on the SmartThings platform, but it probably wouldn’t make a difference in this situation.

Greetings. I could use some help (i.e. point me to the directions) on how to use the config button to change bulb colors. I use the Hubitat hub. So, I can dim using a Group. But, what tips can you offer on how to change the colors easily? TIA

Did this ever get answered? I’m wondering the same thing as well…

@EricM_Inovelli, is there a guide on the setup for this yet? I just bought my ilumin bulbs and I am having a really hard time using the association tool and switch controls.

No, there isn’t an advantage. I use my On/Offs in locations with hue bulbs and use my Dimmers at other location. As @wsdavis said, only issue could come if there’s a firmware update you want and they reminder the held/released events as I don’t believe they planned for them to be included. If using zwave bulbs, them association works better so there’s a clear advantage for the dimmers there

@Eric_Inovelli Which app is that?

@enano2054 which Hub you using? The association tool for ST here:

Does this work for black series?