I have a tricky set up that I need help with. I am having trouble getting my Red Series dimmer switch to dim smart bulbs in Smartthings.

I have a group of TPLink Kasa KL130 wifi bulbs that I want to control via the paddle, and another dumb light that I want to control via the config button to toggle on and off. The dumb light turns on and off by the config button via a smart lighting automation, and the smart bulbs turn on and off via single click up/down on the paddles also via smart lighting automations.

The problem is I can’t figure out how to get the smart bulb to dim via the paddles (but not effect the dumb light). Is it even possible?

I have the device handlers installed, and am using smart lighting to achieve most of this. The power to the smart bulbs is physically wired to be always on (not via the switch), and the dumb light is connected to the load side of the Red Series dimmer. Smart Bulb Mode is on, and Disable Local Control is set to yes. I have the parent and child device handlers installed as well, but haven’t figured out how they work.

Any ideas? Thanks in advance for the help.

Note: If you don’t see the option to “Prefill all button actions for”, first go into the Inovelli device page and hit “Save Preferences” with our driver installed. This will send the “numberOfButtons” event that is needed for that option to be present. Our Red Series dimmer and switch support the nifty feature of Z-Wave “Central Scene Command Class”. This is the technical term for what we simply call Scenes. When a scene is activated (by a double, triple, quadruple, etc. tap on the switch), a n…

The problem is I can’t figure out how to get the smart bulb to dim via the paddles (but not effect the dumb light). Is it even possible?

You are going to have to do that with scenes with pre-set levels. Sort of what you are doing now to turn the wifi bulbs on and off. You are not going to be able to dim them in the traditional way by holding the paddle up or down.

So for example, set up three scenes for the lights to come on a thee dim levels, then code the buttons to one tap, double tap and triple tap to run each of those scenes. 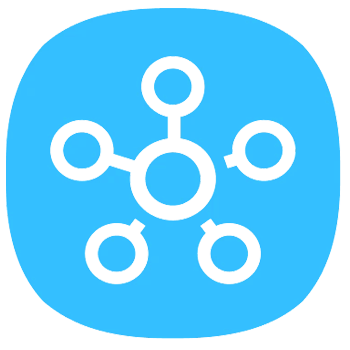 This article will walk you through how to setup custom scenes using your Inovelli Red Series Dimmer Switch and the LZW31-SN Device Handler. Z-Wave Scenes are useful if you want to control multiple smart devices or trigger routines. For example,...

You can use scenes for held & released as @stu1811 mentioned. It works really well with Hubitat and Home Assistant (or anything local), but will be pretty bad in SmartThings since it is so cloud dependent. You will probably want to do what @Bry mentioned and use scenes to set the level (like double tap, triple tap, config button, etc.).