I would like to be able to choose a different color for the LED bar (or any other LED indicator on Inovelli products) when the dimmer is off. For example, when a switch is off, the bar could be a dark blue, but when it is on, it could be a bright white-ish amber. Even with the intensity being separately set to a low value it sometimes can look like a mistake or an error since when a dimmer is off the bar fully illuminates top to bottom.

A minor quibble… but it would be nice

What hub/platform are you using? You can sort of already do this, unless you’re on Wink or another severely limited platform. There is a Z-Wave parameter (parameter 13) that corresponds to the “regular” (on or off, not notification) LED color, so you could use your hub to automate changing that parameter value as the switch sends on/off state reports. Not quite the same as the switch doing it on its own (since the hub needs to get involved), but it would work without them needing to tweak the firmware, which might be unlikely given limited resources on the device.

Alternatively, I haven’t tried this, but the (separate) parameter of the LED bar level when off (parameter 15) says it should accept level values from 0-10, with 0 being off. So if you’d rather just have it off instead of a different color, that is something you can already do with just the dimmer itself.

Hopefully one of these ideas is helpful!

@BertABCD1234 I use Hubitat. I looked for a custom command/action but cannot access this programmatically. I can set it in the preferences on the device page of course but cannot change it on the fly in rule machine or otherwise. It seems like it would not be a heavy duty driver change to add such a custom command/custom action whereas creating a different off vs on color as a feature would be a heavier lift.

Any ideas for a Hubitat user as to how to achieve this? Would it be possible to use a global variable and just set that as the situation changes? It would be something I would want to be uniform throughout my home.

I actually wrote a set of drivers to do exactly that.

You’ll need the “parent” driver for whichever switch you have (LZW30-SN or LZW31-SN), and optionally the child drivers for the “Default,” “Off,” and “Notification” LEDs. The Default LED device lets you treat the “regular” LED bar (when on or sometimes when off) like a an RGB bulb, adjusting its color and level with standard commands. The “Off” LED is a level-only device (color comes from the default LED, per the way the devices actually work) and allows you to set the level of the LED when off. The “Notification” LED driver lets you treat the notification LED like an RGB bulb, this time adding the little-used Hubitat “LightEffects” capability to allow you to start a notification with almost no custom commands (except setDuration if you want).

You don’t have to use the child devices (or install the drivers); all of this is also exposed as a custom command on the parent device. In your case, setDefaultLEDColor is the command I’d probably pay the most attention do. It takes an “Inovelli-scaled” color value 0-255 (scaled either up from Hubitat’s typical 0-100 hue model or down from the standard 0-360 model where both extremes are red). You could create something in RM that sends this custom command to the device whenever the switch turns on/off. You can adjust the level if needed with setDefaultLEDLevel and setOffLEDLevel if needed as well; both take values from 0-10 (0 is supposed to be off, though I haven’t tested that). If you use the child devices, you can also just treat these like “standard” devices and use an app like Simple Automation Rules/Simple Lighting to do this instead.

As I said on a Hubitat thread where I announced these drivers, I can’t decide if treating the LED bar (and its various states) as a mostly-standard RGB bulb or dimmer was such a great idea that I’m surprised no one else tried it first or such a crazy idea that someone thought about it and dismissed it.

Here’s the folder where I’m keeping these: 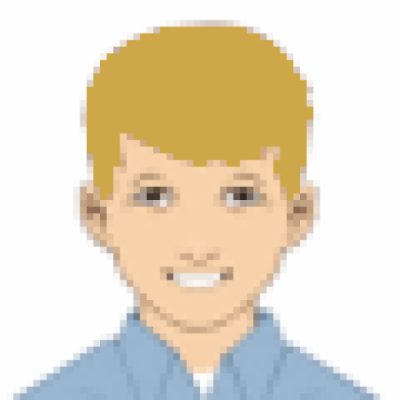 Various custom apps and drivers for the Hubitat platform

This is extremely exciting of course. I will have to take a deep look or test drive. Three questions:

I am not a Hubitat developer but I am starting to see clues to the engineering behind the platform. There is a lot here!

Exciting to say the least! I am very interested to give this a spin but just went through a hellish nightmare performing a simple driver update much less a driver “swap.” See this thread:

Just today I performed a simple driver update by going to the Driver Code page then downloading the latest LZW31-SN official Inovelli driver. I had already been using that driver since first jumping onto the Inovelli bandwagon a few weeks ago. Now something very strange has happened. One of my dimmers (and conceivably all of my LZW31-SN dimmers) has vanished from all scenes, rules, groups, etc. Worse yet I cannot get it back. No amount of reboots nor cache empty nor even switching browsers gets …

Before I do anything else driver wise I will want to dig deep to be sure I know how to prevent this from happening again. Suggestions?

Sorry for the noob response, first day with hubitat and have 1 switch installed, is there a way to have the off be a different color without changing drivers? If so can you walk through the steps for setting up a rule to do this?

Easily, no; the device only has one parameter for LED color (ignoring the notification parameter, which doesn’t sound like what you want for this), and it is used for both on and off state. However, you could crete an automation on the hub side that responds to on/off events from the switch and changes the LED color accordingly. Make sure the the “Create ‘LED Color’ child device” option in the driver preferences section is enabled, then upon saving you’ll get a child device that you can manipulate like any standard color (e.g., bulb) device on Hubitat to change this parameter on the device.

Just set this up real quick to close out this thread – thanks @BertABCD1234 for explaining this!

This worked for me, but again the limitation that I found was that it was able to change the color when off, but I couldn’t find a way to make the LED bar dim value different than the value I set normally (which is 10%) when the switch is off.

This can be easily accomplished with webcore and setConfigParameter(). Not sure if the same functionality is in RM. I change the color depending on the door lock status, change the brightness depending on smart bulb brightness, etc. without child devices.

Not sure if the same functionality is in RM.

It is! You’ll need to use the “Run Custom Action” action with the setConfigParameter() command and three numeric parameters with the appropriate values, basically the same you’d probably need for webCoRE. But since it does require a custom command, you will indeed need some custom app or rule/piston, since the “LED child device” affects the color when either on or off (as you probably know, it’s the same Z-Wave parameter) but only the “on” level (which, as you may know, is a different parameter from the “off” level parameter, so presumably just a reasonable choice they made about how this device should work; adding an “off level” child device would be one way to make this work with standard apps, but…a rule is probably just as easy at some point.